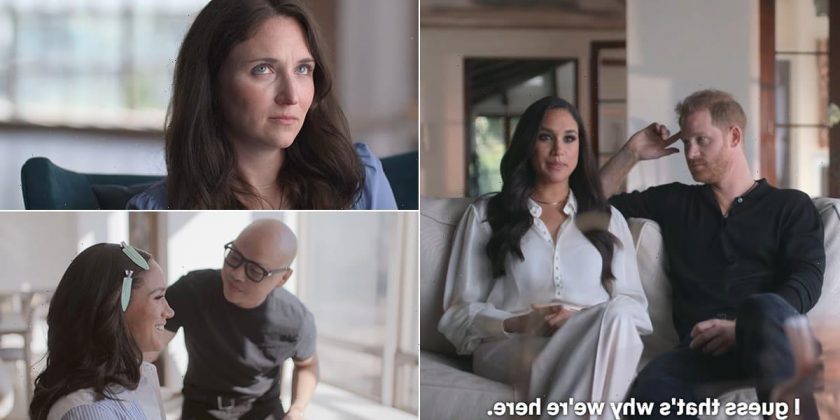 The first three episodes of Harry & Meghan have landed on Netflix and they’re not short of fascinating revelations. All three episodes of the documentary series discuss many different aspects of the Duke and Duchess of Sussex‘s life.

MORE: Prince Harry and Meghan Markle share intimate glimpse of dating life – and you won’t believe how they met

From their early dating days to their engagement and welcoming children together. But the episodes are also full of discussion around their decision to step back from duties as senior royals and their portrayal in the media.

If you’ve watched the first two episodes already, here are the biggest bombshells from episode three…

What the couple really thought during their engagement interview

Episode three opened with footage from Prince Harry and Meghan Markle’s engagement interview. Meghan can be seen almost immediately as the episode begins, describing the interview as a “structured reality show”. The couple explained how the media appearance was “rehearsed” and how they were feeling during the historic moment.

What really happened during their Nottingham ‘walkabout’

Shortly after their engagement, their first public appearance as a betrothed couple was in Nottingham, where the couple were received gloriously by the public. But it was less smooth sailing behind the scenes. Meghan explained how she was feeling stressed beforehand, asking Harry for fashion and jewellery advice. Harry then revealed that a zip broke shortly before their arrival, describing the whole thing as “ridiculous.”

MORE: Did Meghan Markle just have her own ‘revenge dress’ moment?

The ‘regrets’ from their South Africa tour

The episode then moved on to discuss Harry and Meghan’s tour of South Africa, which took place in late 2019 shortly before their announcement to step away from duties as senior members of the royal family. James Holt, who worked as a spokesperson for the couple at the time, recalled the moment he told the couple to “play the game” when it came to the paparazzi.

James revealed that a photographer said of Harry: “Can’t you get him to do something? He doesn’t perform for us anymore.” He then revealed he “wholeheartedly regrets” saying to Harry and Meghan: “Sometimes we gotta just play the game.” 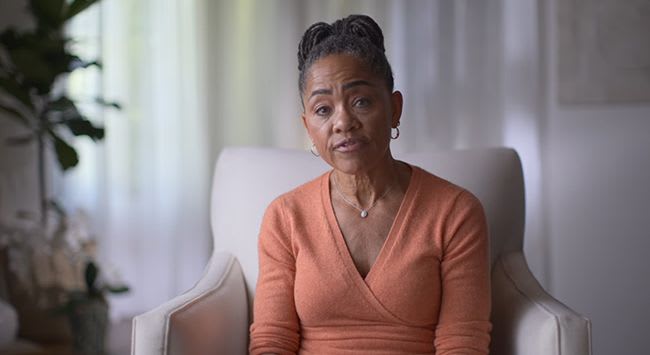 Doria Ragland speaks out about the impact of photographers

Harry and Meghan heavily discussed the impact of the media and paparazzi photographers following them when news of their relationship become public. In one moment, Doria Ragland, Meghan’s mother, could be seen telling the camera how she felt “unsafe” when photographers surrounded her home.

Doria explained: “I felt unsafe a lot. I couldn’t just go walk my dogs, I couldn’t walk to walk, there was always someone waiting for me, following me. I was being stalked.”

WATCH: The five best moments of the Harry and Meghan documentary

The episode also featured a lot of discussion on racism in the history of the British Empire and within the royal family. Prince Harry addressed the moment he was infamously pictured wearing a Nazi uniform as a teen while at a Halloween party, something he described as “one of the biggest mistakes of his life.”

Harry shared he wanted to learn before revealing that in the royal family, “you’re part of the problem rather than part of the solution.” He added: “There’s a huge level of unconscious bias. It’s a constant work in progress for everyone, including me.”

Episode three also shares many details about the truth behind her relationship with her father Thomas Markle’s side of the family.

Meghan starts by addressing the truth about Samantha Markle, her half-sister. Meghan insists that she had no relationship with Samantha and, around the time Samantha spoke out about the couple, they hadn’t seen each other for over a decade. In a candid confession, the mum-of-two claimed that she doesn’t know Samantha’s middle name or date of birth.

Meghan shares her relationship with the rest of Markle family

However, despite having no relationship with Samantha, Meghan’s niece, Ashleigh Hale, was featured in the episode and spoke of their closeness. After Ashleigh came back into contact with her biological mother, she then struck up a strong friendship and “sisterly bond” with Meghan.

Ashleigh detailed how they would go on trips together and enjoy nights out with “way too much food and way too many drinks.” However, Meghan was advised not to invite Ashleigh to their wedding due to the conflicting relationship with Samantha. Meghan told viewers during the episode that it was “painful” to tell her that she could no longer come to Windsor for the nuptials.

Shortly before the couple got married in 2018, images of Thomas Markle were shown in the press. The photos in question were staged paparazzi shots. After confronting him, Meghan explained how he denied they were staged before admitting that she said to a friend at the time: “I don’t know why but I don’t believe him.”

Towards the end of the episode, Harry admitted his sadness at Meghan and her father, Thomas, no longer having contact. The Duke of Sussex said he “shouldered” the breakdown of their relationship before stating: “If Meg wasn’t with me, he would still be her dad.”

Make sure you never miss a ROYAL story! Sign up to The Royal Explainer newsletter to receive your weekly dose of royal features and other exclusive content straight to your inbox.