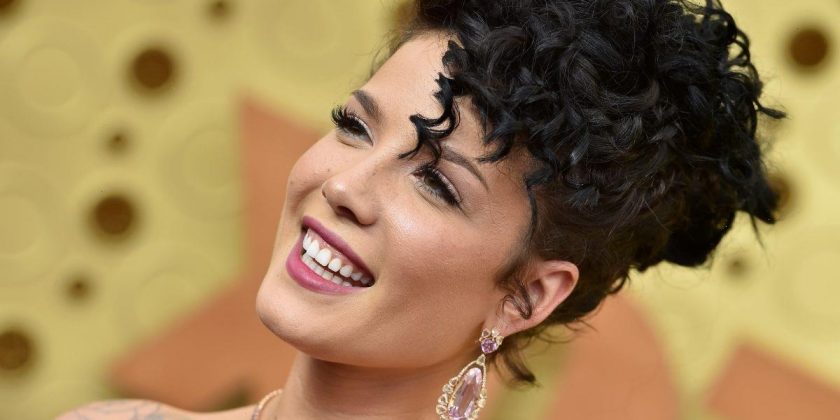 On Aug. 27, Halsey will release her fourth studio album If I Can’t Have Love, I Want Power. To promote the upcoming album, the singer-songwriter took part in an interview with Allure Magazine. After the article was published, Halsey told fans that instances like the Allure Magazine interview made them want to quit doing interviews with the press.

Halsey was interviewed by Allure Magazine

Halsey’s upcoming album will detail the singer-songwriter’s experience with motherhood and pregnancy. To promote If I Can’t Have Love, I Want Power, Halsey partook in an interview with Allure Magazine.

In the interview, they discussed their pregnancy, life in the spotlight, and Halsey also mentioned that they prefer to not “do press” when it comes to promoting their work.

“I don’t do press anymore. I did, like, two interviews for my last album, which was 16 months ago,” she told Allure Magazine. “I just don’t translate very well in print. Even saying this is going to get me in trouble. I already know that it is. I think sometimes [with] women who are articulate, people read it as pretentious.”

Halsey called out Allure Magazine for the article

After the article with Allure Magazine was published online, the singer took to Twitter to address their concerns about the piece. Halsey uses she/they pronouns, and they called out Allure Magazine for only using female pronouns throughout the article.

“hey @Allure_magazine. First your writer made a focal point in my cover story my pronouns and you guys deliberately disrespected them by not using them in the article. Then your admin bastardized a quote where I discuss the privilege of being the white child of a black parent +,” Halsey wrote in a deleted tweet.

In the deleted Twitter thread, Halsey continued, “intentionally used a portion that was the antithesis of the point I was trying to make. all of this ironically on the tails of an article where I give your author the intimate admission that I hate doing press because I get exploited and misquoted. Do f–king better….?”

At the conclusion of the thread, the singer-songwriter vowed to not do press again and signed off.

After Halsey called out the magazine, Allure Magazine tweeted, “We’ve heard your feedback and you’re absolutely right: we messed up. We are adjusting our cover story with Halsey to use both ‘she’ and ‘they’ pronouns.”

After Halsey tweeted at Allure Magazine, various news outlets published that the singer planned to quit doing press. On her Instagram story, Halsey once again called out the media for not telling the full truth.

Halsey’s album If I Can’t Have Love, I Want Power will be released on Aug. 27, and an IMAX film of the album will be in select IMAX theaters on Aug. 25.