They sure grow up fast! The ‘Monster Ball’ actress took to Instagram to share a sweet tribute for her one and only son on his 8th birthday on Oct. 6.

Happy birthday Maceo! Halle Berry, 55, is sharing nothing but love for her son’s big day. In the pic, her look-alike son is wearing camo shorts, a brown jacket with matching gloves, and an olive green hat, covering half of his face. The award-winning actress shared the stylish pic of the birthday boy to her socials on Oct.6 with the sweetest message.

“This little dude is 8 today! Happy Birthday THUNDER!,” the actress shared, alongside a heart emoji. The touching birthday messages didn’t stop there, many fans and friends piped in wishing the 8-year-old a joyous celebration and a fulfilling year ahead.

“Happy Born day, young prince,” Lena Waithe wrote, while another fan couldn’t help but call out the resemblance between the mother-son duo and said, “Even from this pic you can tell he looks just like you .. geesh.”

Maceo is her only child Halle has from her previous relationship with her ex-husband Olivier Martinez, 55, whom she separated from in 2015. The pair named their son “Maceo-Robert,” because Maceo means “gift of God” and Robert was Olivier’s father’s name, via People. In addition to Maceo, the John Wick 3 actress shares daughter Nahla Ariela, 13, with model Gabriel Aubry, 45. 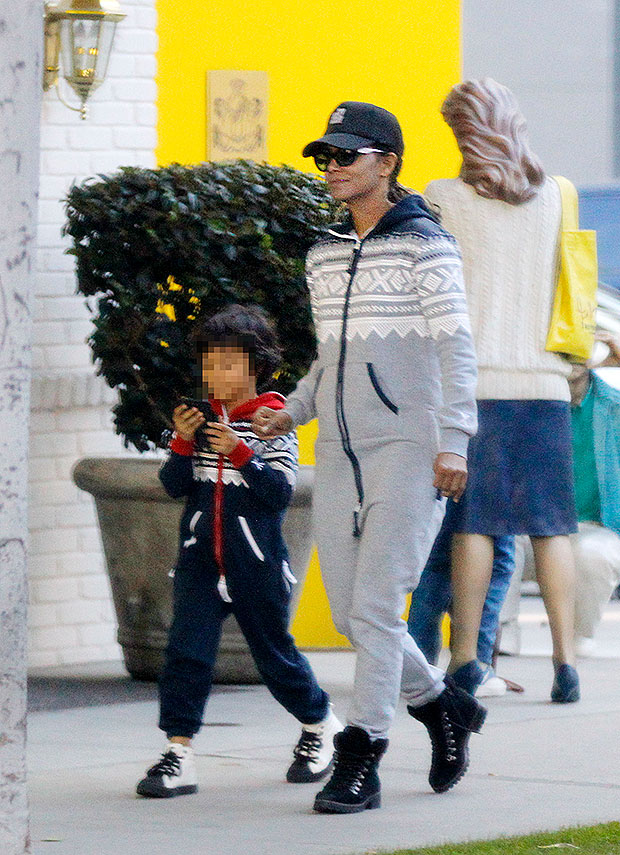 As fans would know, the Catwoman actress typically remains mum when it comes to her private life, however in a February 2021 episode Instagram show Bad & Booshy, the actress spoke about her pregnancies and revealed that she felt great during both of them. “I felt sexy every single day of every single one of my two pregnancies,” she said. “I was walking around naked, I was like, ‘Bam! Look at this. Oh, look at this.’”

When she’s not being supermom or taking over our screens with another outstanding performance, she is with her new beau, Van Hunt, 51! After months of denying romance rumors, Halle went Instagram official with the “Seconds of Pleasure” singer in Sept. 2020 by posting, “Now ya know…” she wrote on a photo of herself sporting a t-shirt with Van Hunt’s name. Just a day before, the singer shared a cute selfie of the actress kissing his cheek, adding, “kisses land softly.” Between motherhood, dating life, and her impeccable career, the mother-of-two definitely has a lot to look forward to.