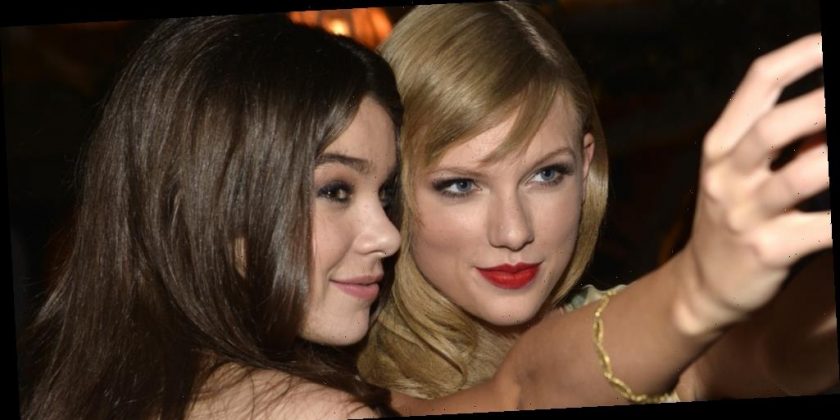 Hailee Steinfeld is opening up about one fan theory amongst Taylor Swift fans about her latest album, evermore.

Apparently, some Swifties are convinced that the album is inspired by poet Emily Dickinson, whom Hailee plays in her Apple TV series, Dickinson.

The clues about the connection start with when Taylor announced the album, on December 10, which happens to be Emily‘s birthday, as well as Emily ending one of her famous poems, “One Sister Have I in Our House” with the word “forevermore”.

Taylor has also spoken about an idea for her album with “this girl sleepwalking through the forest in a nightgown in 1830″, which happens to be the year Emily was born.

Elsewhere, Swifties are also thinking that Taylor‘s song “Ivy” might be about Emily and her partner, Sue.

In a recent interview while promoting season two of Dickinson, Hailee reacted to the theory.

“I don’t know [if ‘evermore’ is based on Emily Dickinson], but I’m dying to know,” she shared. “The clues are lining up. I gotta figure that out.”

If you don’t have AppleTV to watch Dickinson, check out the first five minutes of season two on JustJaredJr.com!

There was another fan theory discussed amongst Swifties this week. See what it was here…