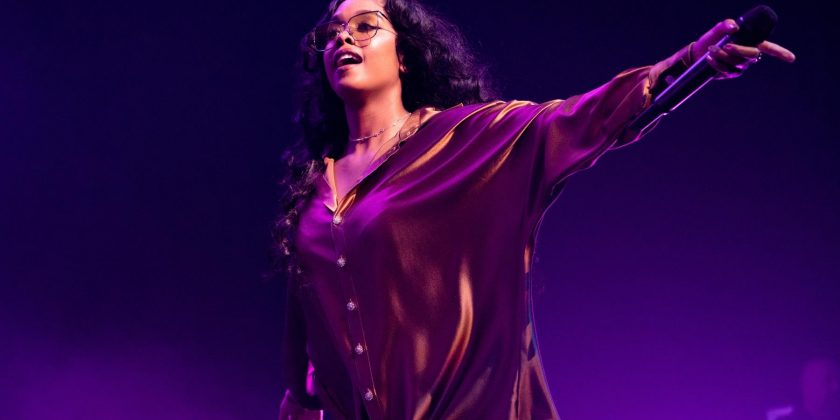 Beauty and the Beast‘s Belle will be played by a Black and Filipina queen: H.E.R.

On Wednesday, ABC announced that the Grammy-favorite songstress will take on the role of Belle in the channel’s one-night-only celebration of the 1991 animated film.

“I can’t believe I get to be a part of the Beauty and the Beast legacy. The world will see a Black and Filipino Belle!” said H.E.R. in a statement. “I have always wanted to be a Disney princess… It is very surreal and I couldn’t be more grateful.”

The two-hour reimagining of the Disney classic will weave live-action performances with the animated film in a visual directed by Jon Chu and Hamish Hamilton.

“With her obvious extraordinary talent and stage presence, H.E.R. is the perfect embodiment of our Belle and we are thrilled for audiences to see her in this celebration of creativity,” Chu said in a statement. “We were both influenced as storytellers by the original animated movie, so it’s very exciting to collaborate together to honor the artistry of that timeless classic while also inspiring a whole new generation of creators.”

Additional casting is yet to be announced. Beauty and the Beast: A 30th Celebration airs on ABC on Dec. 15 before being made widely available on Disney+ the following day.

The announcement comes about a month after H.E.R. joined the soundtrack for Minions: The Rise of Gru with a cover of “Dance to the Music” by Sly and the Family Stone.