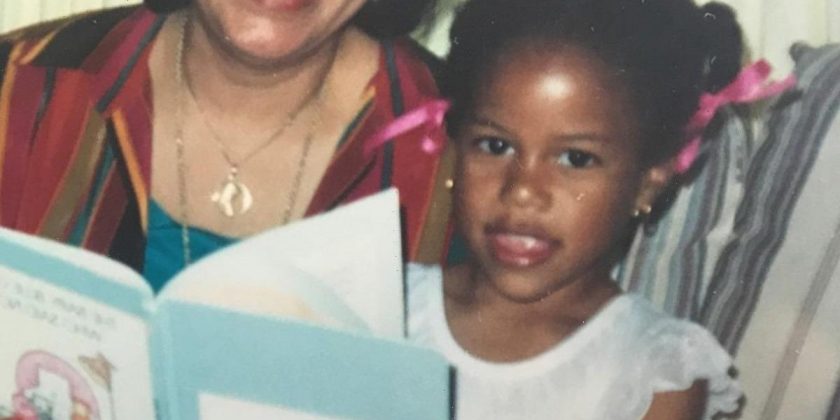 Before this baby with a book was taking on iconic roles in film, she was just another pigtail princess skimming through a children’s story in Inglewood, California.

This studious sweetheart debuted her talents on the screen when she scored a series regular role on a hit VH1 show revolved around a fictional cheerleading squad … she was perfect for the character because she had been a Los Angeles Lakers cheerleader in real life back in 2010.

Now, this dancer and actress gained huge success last year when she starred in a critically acclaimed film based on a notorious Twitter thread.

Can you guess who she is?