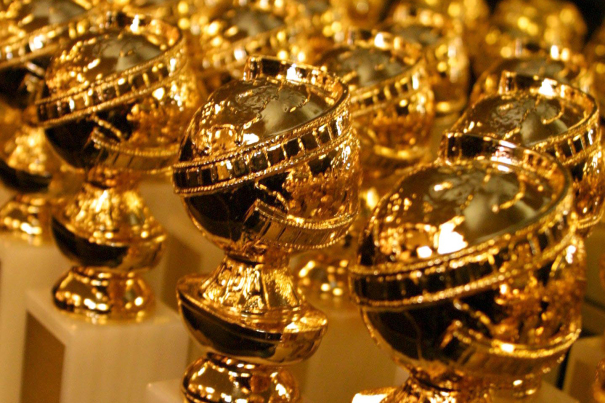 With this morning’s Golden Globe nominations, along with the prestigious AFI Top 10 list earlier in the week, the field going forward in the Oscar race has been narrowed a bit, but only a bit. The two groups, which can be Oscar-predictive, agreed on seven films in their top picture categories, with Netflix’s Roma additionally scoring significant nods despite being ineligible for the main lists at both the Globes (it is in Foreign Film only there) and AFI (a special mention).

With strong expected showings at the Globes from Green Book, A Star Is Born, The Favourite, If Beale Street Could Talk, BlacKkKlansman, Black Panther and Mary Poppins Returns — all earning multiple nominations — their Oscar momentum was not slowed, and all are expected to continue the flow at Monday’s Critics’ Choice and Wednesday’s SAG nominations.

That brings us to Vice, which is the surprise Globe leader in nominations with six, scoring every significant nod it could possibly land  and becoming the movie that gained the most Big ‘Mo today. Annapurna’s decision to put the Dick Cheney picture in comedy (despite grumbling from some Hollywood Foreign Press members to whom I spoke after it screened) paid off big time. With nominations for Adam McKay in directing and screenplay, along with three acting nods, it really proved its mettle with a group that doesn’t often go big for American political films.

The fact that it didn’t land on AFI’s Top 10 list means the Vice campaign has dodged a bullet and emerged with a strong case as we move on. This is the first awards mention the film has gotten so far this young season, and it couldn’t have come a better time as the movie prepares for its world premiere next Tuesday. It is particularly impressive considering that other than Green Book, it is the only other one of the Globe Best Picture nominees in either drama or comedy/musical to land the all-important and telling nods for both screenplay and director, which don’t distinguish between comedy or drama. Since both are in comedy/musical it makes the category a really hot contest this time around.

Foreign Language Film nominee Roma also got the same two noms for Alfonso Cuarón, further adding fuel to the fire. Bradley Cooper for A Star Is Born and Spike Lee for BlacKkKlansman rounded out the directing nods, but neither of those films landed in screenplay, where they were edged out by The Favourite and If Beale Street Could Talk.

If the results of the Globe nominations mean anything, it is that this remains one of the most wide open, diverse, and intriguing Oscar races in years. The Best Motion Picture -Drama contest is particularly interesting with BlacKkKlansman, Beale Street and Black Panther representing perhaps the strongest collective showing for African American-directed films ever, and Panther breaking through as the first Marvel film to get a Best Picture -Drama salute from the HFPA (Deadpool got a comedy nom in 2016). It is also Lee’s first recognition from the group since 1989’s Do the Right Thing, when he was up for writing and directing. Potential nominees Steve McQueen, Barry Jenkins and Ryan Coogler were overlooked for helming their films this year, making Lee the lone African American Globe directing nom.

In terms of distributors, Annapurna, which has been the focus of much speculation about its operations and financial stability of late, really tore up the field by tying Fox Searchlight to lead all companies with 10 nominations overall including picture nominations for Vice and Beale Street. It also grabbed a lead actress nod for Nicole Kidman in Destroyer and stands to benefit the most from Golden Globe attention as all three of its films have yet to open (Beale Street launches on December 14, Vice and Destroyer on Christmas Day). This is a much needed boost for the Megan Ellison-led company.

It was also a big morning for Warner Bros and  Disney which landed films in both Motion Picture categories.  Fox (Bohemian Rhapsody)  and Universal (Green Book)  also did well with Picture nods for those majors while their specialty divisions Fox Searchlight (The Favourite) and Focus Features (BlacKkKlansman) did the same but won’t compete with the mother ship. Ironically Focus was set to release Green Book at one time until Universal swooped in and took over the Participant Media /Dreamworks movie.  Participant by the way had a strong showing itself with eight overall nominations for Green Book and Roma ,  although came up empty for their Christmas Day release On The Basis Of Sex going out thru Focus. With their two big Globe nominees they hold one of the hottest hands for the Oscars this year.  For Universal it is bittersweet as their one-time big Oscar hope was thought to be Damian Chazelle’s First Man , but it came up short with just two noms for Supporting Actress Claire Foy , and the Music Score.  With an AFI snub also this week, it looks like an uphill climb for First Man’s Oscar run at this point (technical nods are assured).

In terms of Warner Bros. latest iteration of A Star Is Born it continues the Globes love affair with that venerable property that the studio has trotted out in different

versions for different eras. In 1954 both Judy Garland and James Mason won Actress and Actor in a comedy or musical ,but the film lost  to Carmen Jones.  In 1976  A Star Is Born cleaned up at the Globes winning for Comedy or Musical Picture, Barbra Streisand , Kris Kristofferson  and the song “Evergreen”.  The Globes weren’t around in 1937 for the first version of A Star Is Born, but if they live up to their Star-crossed past history you would have to consider both Bradley Cooper who earned the rare pair of directing and acting nods, and Lady Gaga ( a double nominee for actress and song)  front runners to win.  The difference this time is that A Star Is Born is competing as a drama , and not comedy or musical for the first time at the Globes. Will that make a difference in terms of the obvious appeal this time-honored tale has for Globe voters? Right now it looks like the one to beat for Best Motion Picture -Drama.   Warner Bros also landed a couple of nominations for their smash hit romantic comedy , Crazy Rich Asians which marks the first time an all Asian-led cast has resulted in a Globe Picture nomination since 1961’s Flower Drum Song which lost to West Side Story . That year the HFPA separated Drama, Comedy , and Musical as three distinct Picture categories.

As for the streamers it was a good day for Netflix, and not so much for Amazon, the latter only getting a supporting actor nod for Beautiful Boy’s Timothee Chalamet, and shockingly snubbed for their major Polish Foreign Film contender Cold War ( a foreign language film winner at NYFCC and NBR last week), which was considered the biggest threat to Roma.  Speaking of that film, Netflix scored three key nominations at the Globes,  PLUS also got their Belgian film , Girl a foreign language nomination as well. Not bad.  And proving it never hurts to campaign , their film Dumplin’ which premieres on the streamer tomorrow scored a Best Song nomination for Dolly Parton and Linda Perry’s “Girl In The Movies”  which Parton has been promoting  a lot including events where she actually sang it for invited HFPA (and other) voters.

Bottom line is the 2018 Golden Globe nominations still signify a wide open race that could remain a free-for-all rightup to the Oscars on Feburary 24th. We’ll see what happens when the Globes are handed out January 6th and maybe get some better idea of where this is all heading.