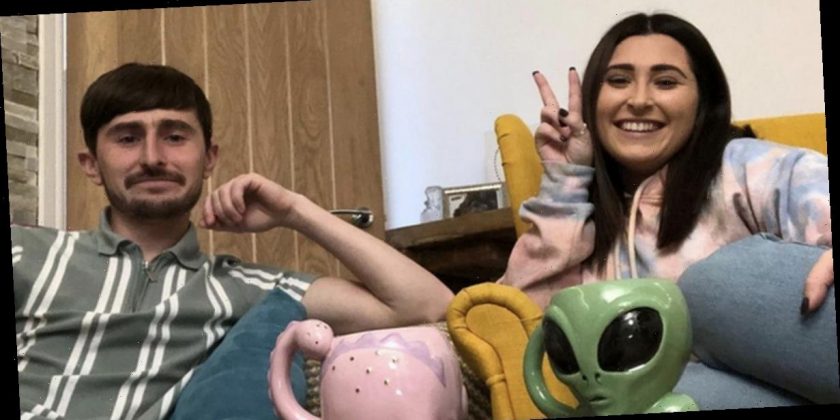 Gogglebox star Pete Sandiford has shared a hilarious baby scan photo after sharing the news that he’s set to become a father.

The TV star announced he's going to be a dad for the first time as his fiancée Paige Yeomans is pregnant.

The 26 year old made the revelation on Gogglebox as viewers watched on from the comfort of their own homes.

Pete has now taken to social media to share a baby scan photo, but with a funny snap of himself pasted on top of his child.

He wrote alongside the image: “I do have a hunch the baby might look like me….. @paigeyeomans_ @sophiesandiford1.”

His co-stars and fans were quick to congratulate him on the happy news, with Ellie Warner writing: “Massive congratulations to you and Paige. you’ll have to start making dad jokes now.”

Pete shared the happy news on Friday’s episode of the Channel 4 show.

"Proper little baby now," Pete's sister Sophie, 23, said as she held up a picture of an ultrasound, before adding: "My little niece or nephew. They look like me?"

Amused, Pete joked "No, he'll be good looking like me or Paige," as Sophie responded: "You cheeky git!"

TV personality Pete, who was recently trolled after sharing a snap of himself with Paige, then said: "Ain't it mad? I am actually going to be a dad to somebody," as Sophie agreed: "Crazy!"

Pete left fans delighted back in February when he announced he's engaged to be married to Paige.

The star shared the news while speaking about his upcoming nuptials with his sister on the show.

As the close siblings returned to the show for the new series, Pete was asked by his sister Sophie: “Do you feel any different now you’ve got engaged?”

To which he said: “Yeah I feel like an even bigger sense of responsibility I don’t know why.”