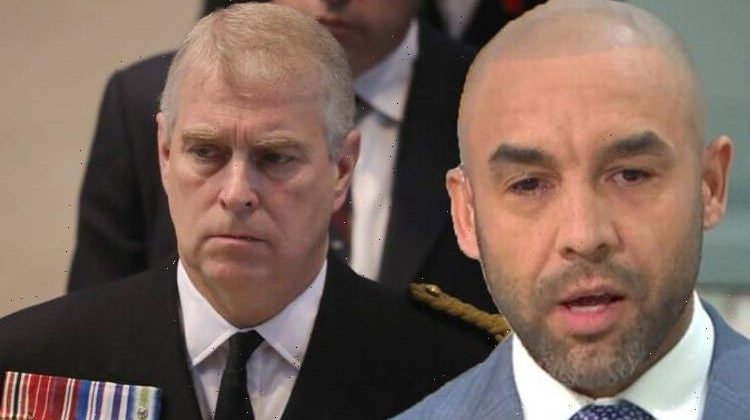 Prince Andrew: What’s next for Duke after Giuffre settlement

Prince Andrew has settled his US civil sexual assault case with Virginia Giuffre out of court. This has led to a mix of opinions around the world, with Good Morning Britain’s Alex Beresford calling the situation to be “covered in batter and grease”.

This story is covered in batter and grease.

Alex posted a picture yesterday evening of the country’s main newspapers, with each front page being about Prince Andrew and the out-of-court settlement.

He captioned the post in view of his 247,500 followers: “‘Today’s news is tomorrow’s chip paper’ Perhaps not in this case?

“However, this story is covered in batter and grease.”

Many social media users took to the comment section to express their view on today’s newspapers and the Prince Andrew situation.

Tiredmammy21 said: “Who’s at fault? Him for paying for something he said he didn’t do or her for accepting?

“If it was me I would want to face my abuser in court.”

Madpantha added: “If you’re guilty, why pay millions to stop the trial?

“If you’re telling the truth, why accept a payout?”

JunieCam commented: “She’s taking the money. What does this say?

Ms Giuffre had been suing the Duke of York, claiming he had sexually assaulted her on three occasions when she was 17.

Andrew has repeatedly denied the allegations, with the case expected to go before a jury with a trial later this year.

However, a letter filed to the US district court on Tuesday said the duke and Ms Giuffre had reached an out-of-court settlement.

A statement included read: “The parties will file a stipulated dismissal upon Ms Giuffre’s receipt of the settlement (the sum of which is not being disclosed).”

It said the duke would make a “substantial donation to Ms Giuffre’s charity in support of victims’ rights”.

The statement added that Andrew “never intended to malign” Virigina’s “character” and had recognised what she had “suffered”.

Andrew also pledged to “demonstrate his regret for his association” with the late convicted sex offender Jeffrey Epstein.

To do this he will support the “fight against the evils of sex trafficking, and by supporting its victims”.

His representatives said he had no comment beyond what was said in the document.

Buckingham Palace has also denied commenting on the settlement.