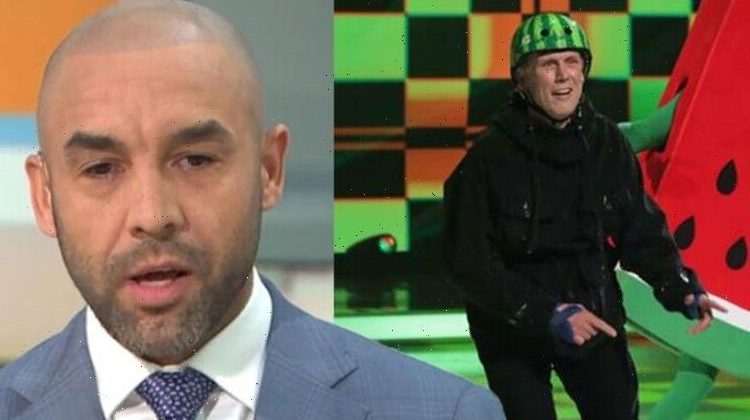 Dancing On Ice: Bez falls over dressed as bee keeper

Alex Beresford, 41, announced earlier this week he would be quitting ITV West Country after 17 years hosting the weather. This has left the presenter more time to voice his views online as he took to Twitter to criticise Dancing on Ice star Bez, 57.

Bez to Buzz Off on @dancingonice.

Alex has taken to Twitter to criticise Bez, calling for the Happy Mondays star to be voted off the show this evening.

Bez took to the stage as a beekeeper on tonight’s show, with his performance including a few falls.

Alex’s quip left mixed opinions in the comments section with many believing Bez is trying his “best”.

“Definitely improving each week and dancing alone far more than some others.”

“A force to bee reckoned with #DancingOnIce.” (sic)

Others took to the comments to agree with Alex, expressing their distaste that he is still on the show.

DiaryOtdGirl added: “What is it about us Brits that love to put through people like Bez?”

Alex, however, did not get his way as Bez made it through another week with Love Island’s Liberty Poole being eliminated from the show this evening.

Bez has been at the bottom of the leaderboard each week, with Bez admitting in a new interview that he feels “bad” that he is still on the show.

Speaking to The Sun, he said: “I feel so awful for everyone, like Ben [Foden].

“He skated brilliantly and he was really strong, doing massive lifts on his first skate. I felt really bad.

“Then Ria [Hebden] went out and I felt really bad again.

“Then Rachel went and she’s so beautiful. I was like, ‘Aarrrgh!'” (sic)

The Happy Mondays star wears a helmet during each performance due to the amount of injuries he gets during training.

He added: “I feel guilty, especially when you know the people who have been voted out are actually better than you.”

You can watch Bez on Dancing on Ice next Sunday at 6pm on ITV.