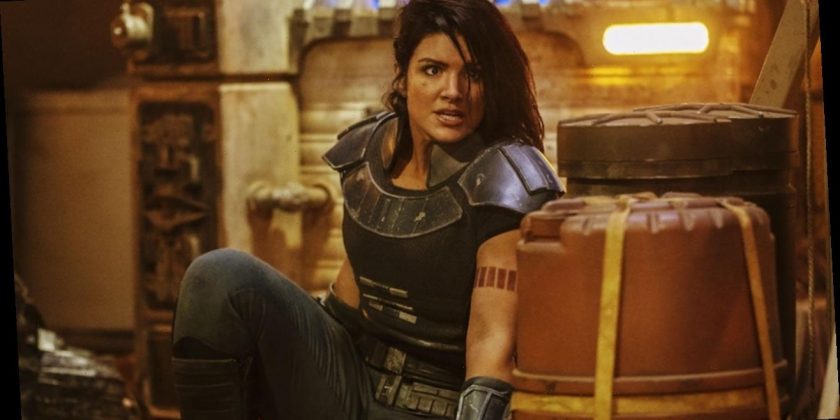 Gina Carano has spoken out on being dropped by Lucasfilm over backlash to several of her controversial social media posts.

After The Mandalorian star came under fire for an Instagram post comparing “hating someone for their political beliefs” to the Jewish genocide in Nazi Germany, the Star Wars production company announced last week that “Gina Carano is not currently employed by Lucasfilm and there are no plans for her to be in the future.”

Now, in an interview with former New York Times columnist Bari Weiss — also an outspoken advocate against “cancel culture” — Carano says she learned about her firing “through social media, like everyone else.” But she didn’t seem surprised by the backlash.

“Earlier on last year before The Mandalorian came out, [Lucasfilm] wanted me to use their exact wording for an apology over pronoun usage,” she recalled of a previous controversy. “I declined and offered a statement in my own words. I made clear I wanted nothing to do with mocking the transgender community, and was just drawing attention to the abuse of the mob in forcing people to put pronouns in their bio.”

Following that, Carano says, the company excluded her from all press and promotion for The Mandalorian. “That was heartbreaking, but I didn’t want to take away from the hard work of everyone who worked on the project, so I said OK,” she shared. “That was the last time I was contacted about any type of public statement or apology from Lucasfilm.”

Last week, a Lucasfilm spokesperson told ET in a statement, “Gina Carano is not currently employed by Lucasfilm and there are no plans for her to be in the future. Nevertheless, her social media posts denigrating people based on their cultural and religious identities are abhorrent and unacceptable.”

In one post, Carano compared the divided American political climate to Nazi Germany, with remarks likening conservative Republicans to Jewish people being targeted for their beliefs.

“Jews were beaten in the streets, not by Nazi soldiers but by their neighbors…even by children. Because history is edited, most people today don’t realize that to get to the point where Nazi soldiers could easily round up thousands of Jews, the government first made their own neighbors hate them simply for being Jews. How is that any different from hating someone for their political views?” stated Carano’s post, which was a screenshot of someone else’s Instagram post.

Carano also shared a meme featuring an image of a person’s face covered in masks that mocked California’s coronavirus pandemic-related mask mandates. Additionally, she spoke with Weiss about claims of antisemitism related to a past tweet, which used artwork resembling an infamous East London mural called “Freedom for Humanity,” which many felt utilized stereotypical depictions of Jewish men in its caricature about the power struggle between classes. In the version of the artwork Carano shared, the faces had been changed.

“I was in utter shock and confusion when certain people said it was antisemitic,” she claimed. “Then, as I went to take it down, I noticed that the image was not the same as the one people were referencing. I was honestly confused: should I take it down, or leave it up? I still don’t know the answer to that question, because taking it down only makes the mob attack you more.”

“The image for me was a statement that people need to stand together and rise up, stop being so manipulated by the powers that believe they know what’s best for you and play games with our lives,” she continued. “My heart has only ever had ultimate respect and love for the Jewish community.”

The posts — which sparked multiple hashtags among fans calling for Carano’s termination from the show — are the latest examples of politically charged posts that have generated backlash toward the outspoken conservative actress and avowed supporter of Donald Trump.

Carano has been a recurring main character on The Mandalorian since the first season.