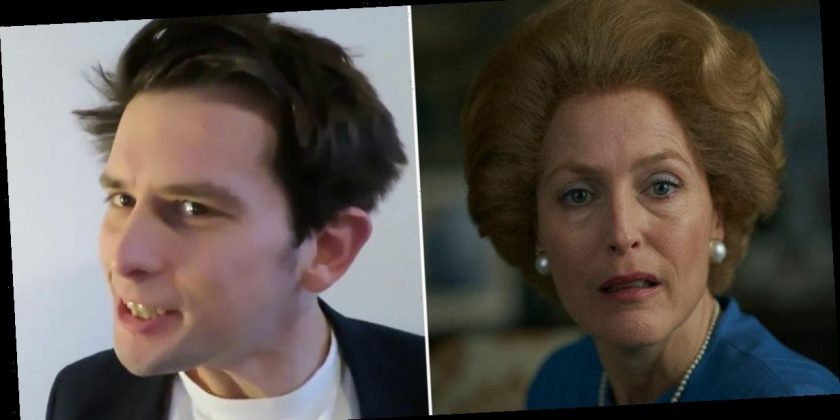 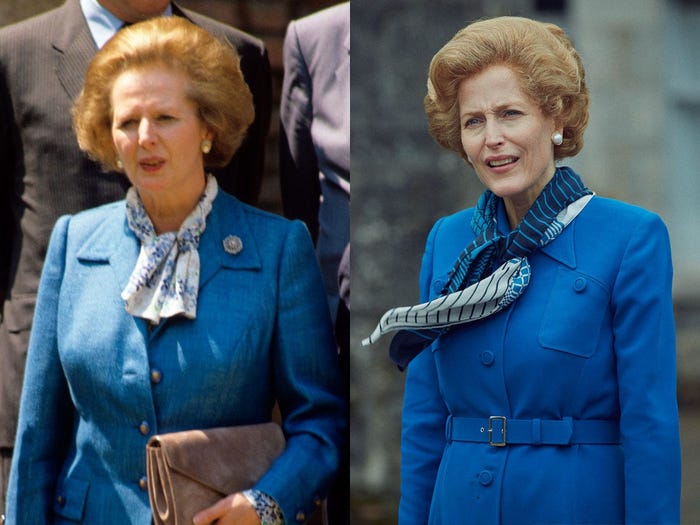 A comedian's recreation of season four of "The Crown" has caught the attention of thousands of fans — as well as one of the show's stars, Gillian Anderson, who plays the former British Prime Minister Margaret Thatcher.

The latest season of "The Crown," which premiered on Netflix earlier this month, follows the royal family from the late 1970s to the early '90s.

The season delves into the Queen's strained relationship with then-Prime Minister Margaret Thatcher, Princess Diana's rise to fame, and her public, rocky marriage with Prince Charles.

In the span of about two minutes, comedian Kieran Hodgson gives his take on a summary of the show's new season, imitating Margaret Thatcher's character; Prince Charles (Josh O'Connor) complaining to the Queen (Olivia Colman) about Princess Diana (Emma Corrin); and the fictional version of the Queen, who repeatedly says: "Oh dear."

Hodgson's video had more than 14,000 retweets at the time of writing.

On Twitter, Anderson described Hodgson's "The Crown" impersonations as "genius."

Hodgson told The Telegraph that he was "impressed" that Anderson, whose partner is "The Crown" creator Peter Morgan, had a sense of humor about the impersonations.

"I'm impressed at her being such a good sport about it," Hodgson said. "The fact that she could see it for what it was [suggested] I hadn't been too cruel to the actors."

In addition to sharing her reaction to Hodgson's take on "The Crown," Anderson has taken to Twitter to give fans glimpses at behind-the-scenes moments from the show — including pictures that show the variety of wigs she wore while playing Thatcher and candid snaps of other cast members.

Anderson also shared a candid video of the cast of "The Crown" in what appears to be a scene where the royal family was portrayed playing a drinking game called "Ibble Dibble," which, according to the New York Times, is apparently rooted in reality.