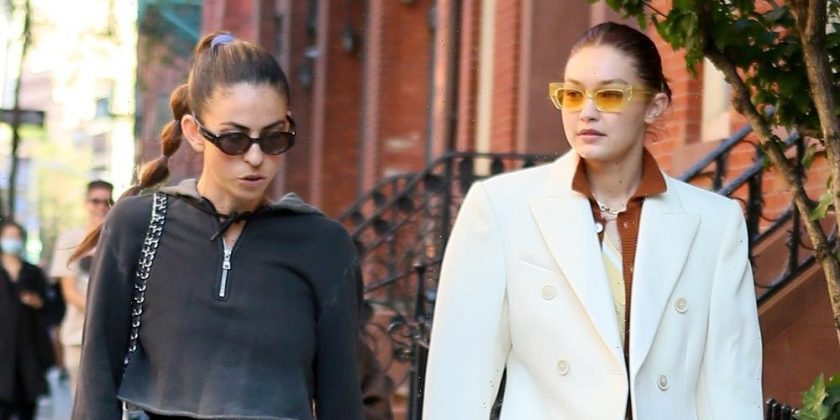 The 26-year-old model was spotted out in a chic white ensemble on Monday afternoon (October 11) in New York City, pairing her long white coat with a yellow sweater vest and little purse.

Gigi was seen chatting with a friend while walking and talking in the SoHo neighborhood.

Over the weekend, Gigi met up with her younger sister Bella to celebrate her 25th birthday.

“I have so much pride watching you take ownership of your growth and fulfillment, and I know everything that you have created for yourself will bring you the year of joy and light you deserve !!!!!!” Gigi wrote in a sweet note for Bella‘s birthday.

Gigi just recently returned from Paris, where she walked in Paris Fashion Week.