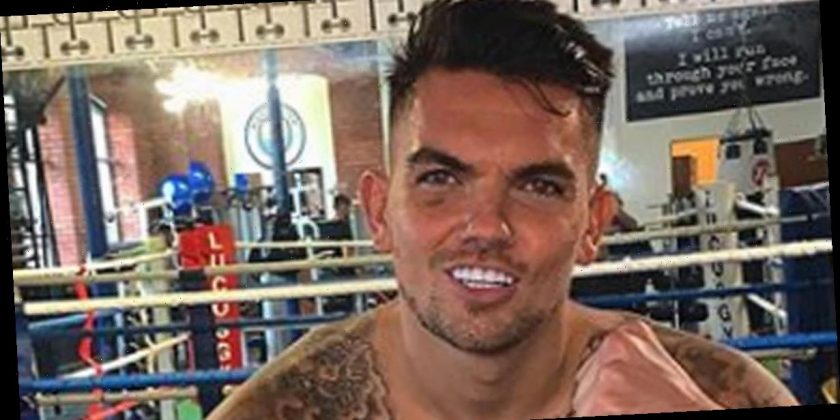 Geordie Shore star Sam Gowland revealed the extent of his painful injuries after taking to the boxing ring, getting a black eye and a split lip while training.

The former Love Island star, who has been working hard in the gym since his split from Chloe Ferry, took to social media to share a video of the painful injuries he’s sustained while in the ring.

The 24-year-old shared a video of his painful split lip, writing alongside the clip: “Getting sparked without gum shield in forgetting about cut and having cup of tea is not somet ad recommend.” [sic]

The injuries come after Sam covered up his tattoo of ex Chloe with a huge bear inking.

The former Love Island star and Chloe split earlier this year in May following an on-off romance, with the romance seemingly being over for good just weeks after they sparked reunion rumours by jetting off on holiday together.

However, Sam has now confirmed that there’s no going back as he took to social media to show off the results of his new tattoo, hiding Chloe’s face which previously appeared on his leg.

Taking to Instagram, the TV star shared a video of the cover-up, captioning the clip: “Cover up on thigh, leg sleeve pending.”

Fans couldn’t help but remark on the new ink, with one writing: “Was that Chloe before?! Wow.” A second added: “You’ve been more dignified about all this Sam so hats off to you!!”

Sam and Chloe have been on and off since their split, with the couple sparking reunion rumours last month after they were seen jetting off on holiday together last month.

Despite their recent trip away, reports have suggested Chloe is giving Sam another chance, but her friends are less than impressed with her decision to go back to her ex.

An insider told The Sun: "Chloe knows it's a toxic relationship but said she's willing to give it another try.

"All her friends tried to talk her out of it but she wouldn't listen and went anyway. They've told her she's being a cop out and an idiot.

"Her mates have told her to get rid once and for all and are getting bored of all the drama."

The secret holiday came after Chloe made shock accusations claiming that Love Island winner Amber and Sam slept together one day after their split. Amber is said to have been left “devastated” over the claims.

In a series of videos shared on Instagram stories, Chloe tearfully alleged that she found messages between Amber and Sam on his computer.

On Twitter, Geordie Shore star Chloe again took aim at Amber when the 9 to 5 star posted a selfie. Amber captioned a stunning picture of herself with the words: “Looking at my boyfriend who doesn’t yet know he’s my boyfriend x”.

Chloe re-shared Amber’s image to her own account and wrote: “Aye after you s*****d mine!!"

A source close to Amber reportedly told Mirror Online that there is no truth at all in Chloe’s allegations. The insider said: "Chloe got it into her head a few months ago that there was something going on between Sam and Amber.

"She confronted Sam and messaged Amber, both of them told her there was no truth in it.

"Now that Chloe and Sam have split she’s lashing out but she knows that nothing went on between Sam and Amber.

"Amber’s devastated that Chloe’s throwing these false accusations around in public now. Her and Sam are nothing more than friends and never have been more than that."