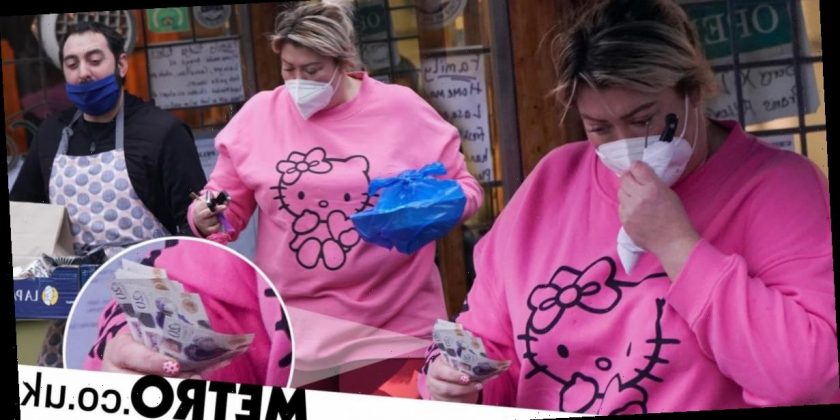 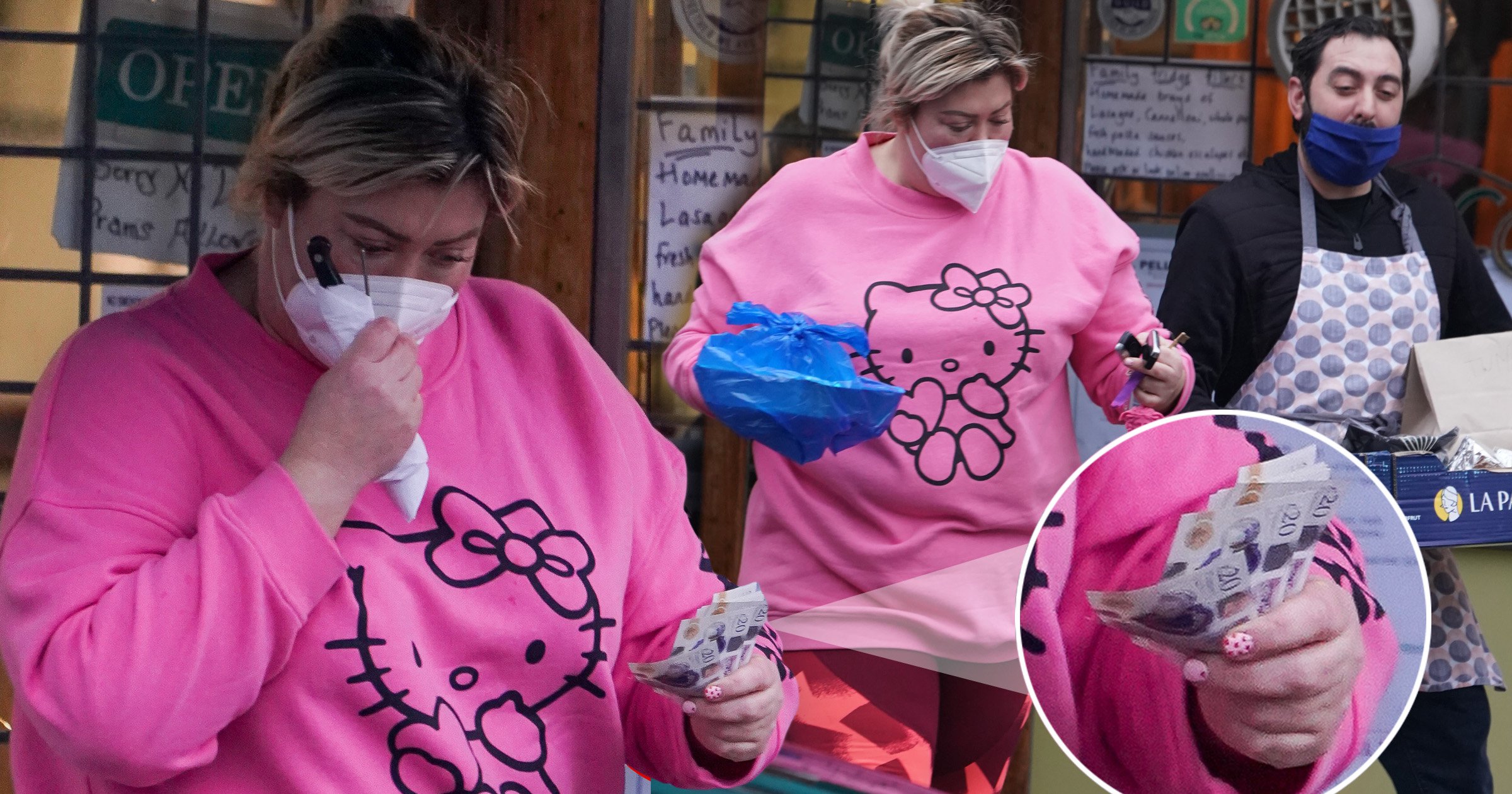 Gemma Collins was spotted flashing the cash as she rocked up to her favourite restaurant to pick up a takeaway in East London.

The former Towie star, 40, was seen sporting her lockdown loungewear (who can blame her?) and looking like a boss while holding a fan of £20 notes in one hand.

Well, The G.C has made her quite the baller, earning Gemma ‘well over’ £1million and racking up £75,000 per Instagram post – so she recently claimed during an interview with Piers Morgan.

Sporting gym leggings, a pink Hello Kitty sweatshirt and multi-coloured crocs, Gemma masked up to pick up her food from Italian café E. Pelliccini and, quite frankly, we’re pretty jealous of her mid-week treat.

She was seen heading out to her car while holding her tasty goods, with a staff member helping Gemma out with her order.

Her appearance in town comes after fans recently watched Gemma appear on the new series of Piers Morgan’s Life Stories, where she opened up on everything from being fat-shamed during her early days in TV and her turbulent relationship with on/off boyfriend James ‘Arg’ Argent.

The interview also saw Gemma confess to making a sex tape with an old boyfriend – something which she has since claimed was a lie.

Gemma told Piers that she has the intimate footage stored away on her phone and could be tempted to sell it, if she’s ever in desperate need of a bit of extra cash – ‘I might go skint one day and I’ve gotta do a Kim K,’ she said.

Piers disapproved and encouraged Gemma not to ‘sell’ all parts of her life, with Gemma seemingly making a U-turn by the end of the episode and insisting she was heading home to delete her naughty tape.

However, Gemma has since confessed that the sex tape doesn’t actually exist.

Appearing on Mel Giedroyc’s Unforgivable, Gemma revealed: ‘Basically, I said in an interview once, thinking it was funny, “Yeah, I’ve done a sex tape like Kim K. Didn’t think any more of it. Laughed it off.

‘Next thing, I’m being interviewed by Piers Morgan on Life Stories. So he leads me in it and says “You’ve done a sex tape haven’t you?” I thought, “S**t”. I just said “haha yeah” But now I’m in deep. I’ve got myself in hot water.’

The plot thickens, however, as Piers has now claimed Gemma is lying about lying about the sex tape in the first place. Still follow?

Piers tweeted: ‘Hmmm. How do we know she’s not now lying about lying?’

We guess that’s for Gemma to know and us not to find out.

Piers has since revealed that her episode on his new series was a hit with viewers, with 43% more viewers tuning in to her tell-all interview than Question Time.

He revealed on social media: ‘Amazing my life stories chat with @missgemcollins got 43% more viewers than @bbcquestiontime last night! Thanks Gemma, and thanks everyone for watching.’

Gemma was praised by fans for her honesty throughout the interview as she discussed her highs and lows, with the Essex star describing her appearance on Life Stories as a ‘pinch me moment’.

Gemma’s Life Stories episode is available to watch via catch up on ITV Hub.