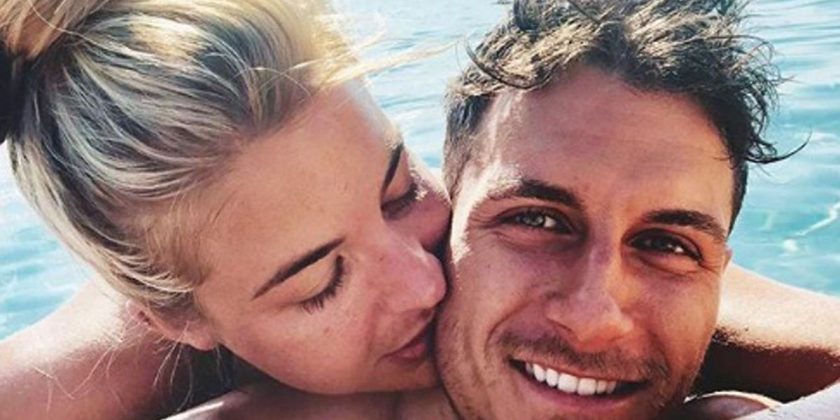 The couple – who met on Strictly Come Dancing 2017 – announced the happy news on his Instagram with a picture of 34-year-old Gemma’s dogs Norm and Ollie.

One of the pooches was kitted out with a sign that read, "Guess what…mum’s pregnant" while the other wore one which said: "We’re going to be big brothers!"

And pro-dancer Gorka, 28, added: "@glouiseatkinson Thank you for the greatest gift in life.

"Myself and Gem are beyond thrilled to be welcoming our new family member later this year! Baby Marquez.

Mum-to-be Gemma shared the shot and added, "And what Amazing big brothers they will be!

"Myself & Gorks are beyond excited and happy and feel incredibly blessed to be meeting our new family member later this year.

Their romance has captivated fans ever since they fell for each other behind the scenes on the BBC dance show.

Gemma was partnered with Aljaz Skorjanec, and Gorka with Alexandra Burke, but that didn’t stop them hitting it off and becoming gym buddies.

Both rubbished reports they were anything but friends, until Valentine’s Day 2018 when the live tour wrapped and they finally confirmed it was on.

He quickly moved into Gemma’s place in Manchester, where she hosts the Hits Radio Breakfast Show.

And in August they sparked engagement rumours when Gemma was spotted with a sparkler on that finger.

Marking a year since their first meeting, they joked on Instagram stories about how they planned to celebrate – but all eyes were on her bling.