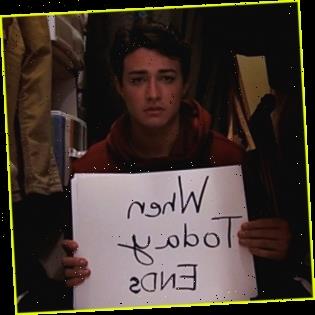 Gavin Leatherwood has a new movie coming out soon!

The 26-year-old Chilling Adventures of Sabrina actor will play Nick in the drama film When Today Ends.

Here’s a synopsis: When four teenagers post their personal stories online using the hashtag, #WhenTodayEnds, they have no idea the extent of their impact or how their stories will intersect. With no filter and complete abandon, Jenna, Nick, Megan and James all share their deepest, darkest secrets only to fall eerily down the same path. Collapsing under the pressures of bullying, depression, and self-identity, their lives slowly unravel, revealing the tragic connection that binds them all together.

Kandoo Films recently acquired the worldwide rights to the movie, and announced that it will be released digitally on February 9, 2021.

“It is my hope that when people see WHEN TODAY ENDS they gain a new perspective about teen suicide, and most importantly put a face behind the statistics,” said Michael Leoni said in a statement. “I believe that social media was created to connect us all, but it has disconnected us, and I hope that this film can help bring us back together.”

In case you missed it, Gavin‘s show Chilling Adventures of Sabrina will premiere it’s final season next week. Check out the trailer!