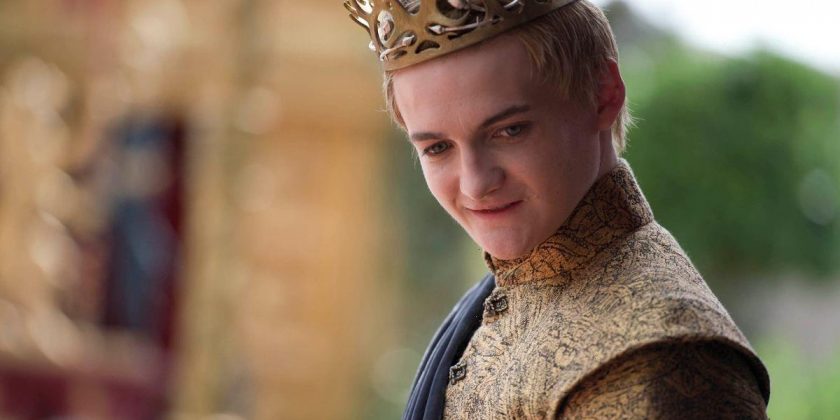 Game of Thrones star Jack Gleeson has married his long-term partner Roisin O’Mahony in an intimate ceremony this week.

The 30 year old retired actor played the much-hated character Joffrey Baratheon on the HBO show up until his exit in the fourth season when his character was killed off.

Appearing far removed from his cruel onscreen persona, Jack looked in happy spirits as he stood beside his new wife Roisin in photos shared on social media of their wedding day.

The couple married in front of a modest congregation in Kerry, Ireland, and groom Jack was pictured sporting quite the unique outfit during the church nuptials.

The former TV star was seen in a rather unconventional groom's outfit as he wore a green linen shirt tucked into a pair of brown trousers whilst marrying Roisin, who looked pretty dressed in a light blue printed maxi dress and blue strappy sandals.

The bride had her hair styled in loose waves and held onto two pink bouquets as she walked down the aisle.

The wedding was confirmed by parish priest of Glen Church, Patsy Lynch, as he shared photos of the couple’s charming ceremony online.

He wrote alongside the pictures: “Very simple, prayerful and dignified marriage ceremony for Film Celebrity Jason Gleeson and Roisin: The Glen Church.

“It was an amazing celebration. Everyone was so relaxed. I will treasure so many memories of this special day.”

Wedding guests will gather again as Jack and Roisin are set to marry for a second time, priest Lynch revealed, in a ceremony that will be held in England.

“The real ceremony will take place over in England,” Mr Lynch told the Irish Independent.

“But the family have been holidaying down here in Ballinskelligs, The Glen, for many years and they have so many happy memories here.”

He shared that groom Jack called the ceremony “moving” as he contacted him afterwards.

Mr Lynch said: “Jack texted me this morning to say that it was such a wonderful, moving ceremony and afterwards they went for a meal.

“Because of Ballinskelligs and The Glen it means so much to them, they were just delighted and there was a lovely, relaxed atmosphere right from the very beginning.”