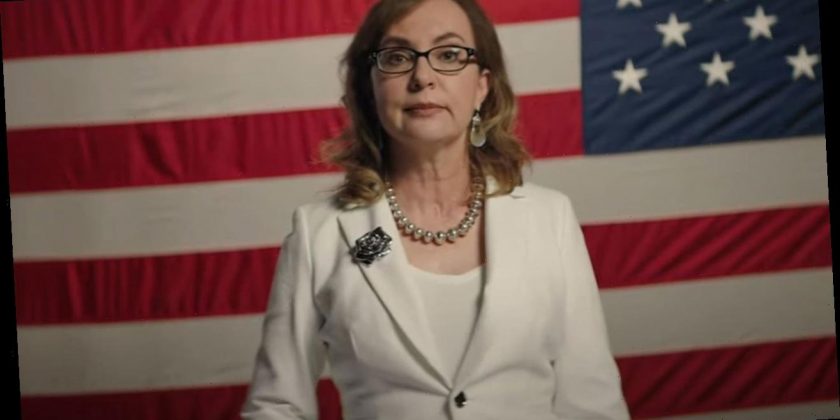 Gabrielle Giffords delivered a powerful address on Wednesday during the third day of the Democratic National Convention. The former Arizona congresswoman spoke candidly about the need for change and gun control in the longest public address she’s made since she was shot in the head in 2011.

In a video that aired as part of this year’s virtual convention, Giffords opened up about her long and challenging road to recovery and how she’s still working to fully heal.

“I’ve known the darkest of days,” Giffords said, standing behind a podium in front of a large American flag. “Confronted by paralysis and aphasia, I responded with grit and determination. I put one foot in front of the other. I found one word and then another.”

“My recovery is a daily fight, but fighting makes me stronger. Words that once came easily, today I struggle to speak. But I have not lost my voice,” she continued. “America needs all of us to speak out, even when you have to fight to find the words.”

Giffords — who was shot and nearly killed while greeting constituents outside a supermarket in Tucson, Arizona, in 2011 — said that America is “at a crossroads.”

“We can let the shooting continue, or we can act. We can protect our families, our future. We can vote. We can be on the right side of history,” Giffords argued. “We must elect Joe Biden… He was there for me, he’ll be there for you too. Join us in this fight. Vote, vote, vote!”

Giffords echoed the same sentiments when she shared the video on Twitter.

“@JoeBiden and I agree that pain is best overcome by purpose. I still struggle to speak, but at tonight’s #DemConvention, I made my voice heard,” she wrote. “For the safety and future of our country, we must elect @JoeBiden and @KamalaHarris.”

Election Day is Nov. 3, 2020 — head over to Vote.org to register to vote and to get all the latest information.