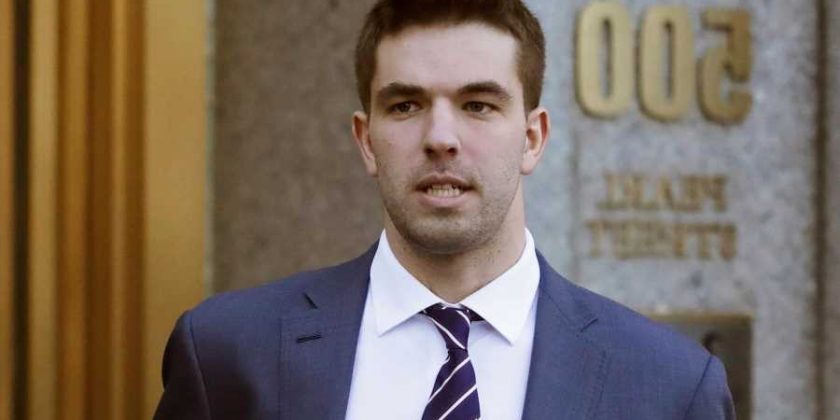 Billy McFarland, the brains behind the infamously fraudulent Fyre Festival, has been released from federal prison over a year before the completion of his sentence, prison records show.

According to the Federal Bureau of Prisons’ online inmate search, McFarland was released into the custody of New York’s Residential Reentry Management, the federal agency responsible for placing released prisoners into halfway houses. TMZ reported that McFarland, who was scheduled to remain incarcerated until August 2023, was placed into the Residential Reentry Management on March 30.

Fyre Festival, which McFarland organized alongside rapper JaRule, was billed as a luxury experience — part music festival, part highly cultivated social event — aimed at luring terminally online would-be influencers and millennials with cash to the Bahamian island of Great Exuma for two “transformative” weekends of non-stop partying. The event was promoted on social media by high-profile personalities including Kendall Jenner, Bella Hadid, Hailey Baldwin, and Emily Ratajkowski — all of whom were paid for their involvement and later distanced themselves from McFarland and the festival.

In reality, McFarland conned investors and failed to deliver on anything the festival promised. (The 30-year-old, who pled guilty to wire fraud and misleading investors, told federal prosecutors in 2018 that he “grossly underestimated” the resources needed to produce such an event.) Attendees — many of whom had spent thousands of dollars hoping to hobnob with models and catch performances from acts including Blink 182, Pusha T and Migos — arrived on the island to find themselves housed in “refugee” tents, a venue with little to no infrastructure, and meals that consisted of nothing more than meager cheese sandwiches in styrofoam boxes. The subsequent shitshow captivated the Internet for days and led to the creation of documentaries from both Netflix and Hulu documenting the festival’s creation and demise.

McFarland’s release comes the same day as fellow con artist and so-called “Pharma Bro” Martin Shkreli was also released from federal prison into a BOP halfway house in New York. However, the BOP’s inmate search site still reports Shkreli is housed at FCI Allenwood Low, a low-security facility in Allenwood, Pennsylvania — so it doesn’t look like we’ll be treated to a real-life version of Big Brother: Mega Douche Edition just yet.