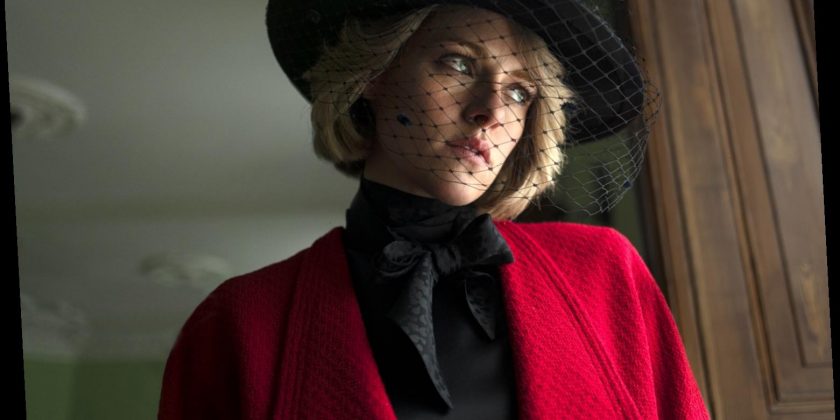 Having played Joan Jett in The Runaways and Jane Seberg in Seberg, the actress is no stranger to stepping into the shoes of real-life icons.

Stewart stars as Princess Diana in director Pablo Larraín’s drama Spencer — and the first still from the film was released in January 2021. The film will take place over three days as Princess Diana realizes she needs to end her marriage to Prince Charles while spending Christmas at Queen Elizabeth’s Sandringham estate in the 1990s. Debicki, 29, whose credits include roles in The Night Manager and Christopher Nolan’s Tenet, will portray Princess Diana in the final seasons of Netflix’s The Crown. She will take over the role from Emma Corrin, who portrays Diana in the upcoming fourth season.

The show is slated to end after six seasons, with the sixth bringing the story up to the early 2000s, which suggests that it will cover the royal’s tragic death in 1997.

“Princess Diana’s spirit, her words and her actions live in the hearts of so many. It is my true privilege and honour to be joining this masterful series, which has had me absolutely hooked from episode one,” the actress, who is practically the royal’s doppelgänger, said in a statement. Corrin is Princess Diana’s lookalike in stills from The Crown season 4, channeling some of her most iconic looks. Though not a movie or television role, de Waal is playing the Princess of Wales on Broadway in Diana: A True Musical Story. Watts played the beloved royal in the 2013 biopic Diana. Though the movie was panned by critics, Watts told News Ltd that she felt Princess Diana gave her permission to play her in a dream.

In an effort to do the royal justice, Watts also worked with a dialogue coach for six weeks, watched interviews repeatedly and physically transformed with the help of wigs and prosthetics. The 2011 Hallmark movie, William & Catherine, A Royal Love Story, had very little Princess Diana in it, but Harcourt donned a wig and played her in the opening scene. O’Reilly played the People’s Princess in the 2007 TLC documentary, Diana: Last Days of a Princess, which reenacted Diana’s interviews and the days leading up to her tragic death. Cox played Diana in the 1996 TV movie, Princess in Love, which was based on the biography by Anna Pasternak and dramatized her rumored affair with Captain James Hewitt. In 1982, a year after Diana’s wedding to Prince Charles, Bliss played the princess in Charles and Diana: A Love Story, which dramatized the momentous day. The actress starred in the TV movie Diana: Her True Story in 1993. The movie was based off of Andrew Morton’s biography of the same name, and followed the dissolution of Diana’s marriage to Prince Charles. Seccombe portrayed Princess Diana in Diana: A Tribute to the People’s Princess just one year after Diana’s death. The movie followed the royal through her final year.