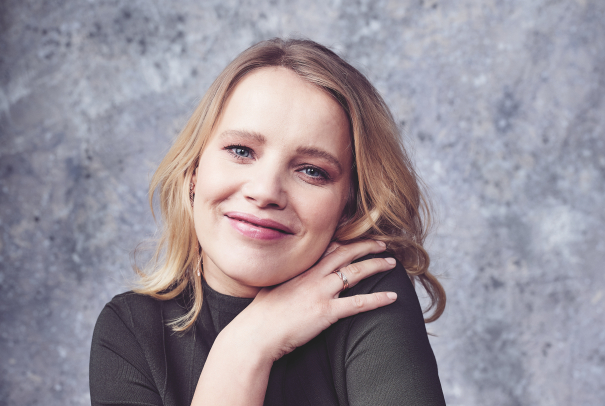 In Pawel Pawlikowski’s Cold War, Kulig is Zula, a woman in post-war Poland who joins a folk music touring group. She begins a romance with conductor Wiktor (Tomasz Kot) and the two form a passionate but volatile couple. The story spans time and countries as the pair begins to realize that although they should never be together, they can never be apart.

“I think Zula is like me, very emotional,” Kulig says. Pawlikowski has said the inspiration for the two leads was his own parents’ turbulent past.

Kulig is one of the rare foreign language performers being buzzed about for a potential Best Actress Oscar nomination. Her layered turn as Zula was crafted over an essentially chronological shoot which she says invested her with the ability to “find this line of how Zula is at the beginning and at the end. I decided to try to find the method of how to build the character very strong but fresh, like how animals are.” This is her third film with Oscar-winner Pawlikowski after The Woman in the Fifth and Ida. Kulig says, “When we met for the first time, Pawel told me he loved to work with actors who have music inside their soul. It helps me a lot because music is your expression, how to explain your emotions.”

She spent five months rehearsing with a Polish folk ensemble, learning “how to dance proper and be very young without baggage”. But the other stretch of the film was a long “psychological process” about struggling through crisis. “You need time to jump from one point to another. Step-by-step you can build better and better and in the end this is something that is completely different… When we are older we are very smart, but when we are younger we don’t think we are happy, we have all of life ahead of us.”

You’ll see Kulig next in Amazon’s action/drama series Hanna which releases next year, along with three Polish movies she has coming up. Expecting her first child in the spring, she’s reading some scripts, but is planning on taking things somewhat slowly. For now, she says, “This is private time because I will have a new wonderful part becoming a mother for the first time.”