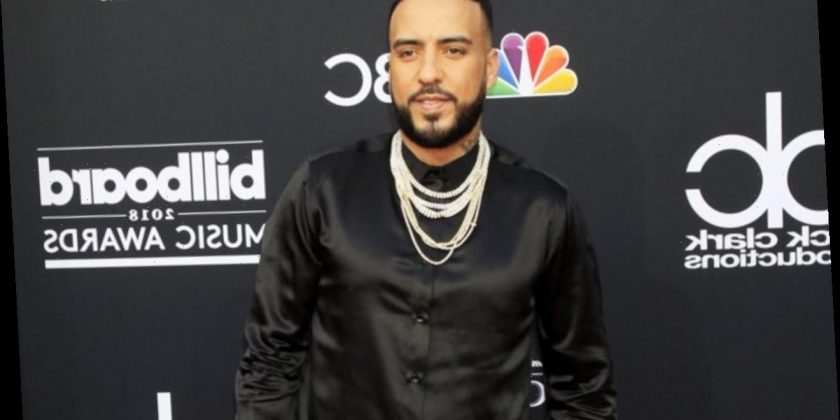 Meanwhile, in the accompanying interview, the 36-year-old Grammy-nominated rapper opens up about what made him hospitalized for cardiac issues and stomach pains last year.

AceShowbiz –French Montana is setting the record straight after he catches wind of wild speculations regarding his shirtless picture for the latest digital issue of XXL magazine. In the picture, the rapper flaunted his six-pack abs but some people didn’t seem to believe that it was real.

The naysayers thought that the “Unforgettable” rapper used spray paint to make as if he had six-pack abs and he didn’t waste time to clap back at them. Proving them wrong, French took to his Instagram account on Tuesday, December 29 to share a behind-the-scenes clip of the photo shoot.

“They said I spray painted my six pack on. I got catfished too many times to catfish my people lol,” French wrote in the caption. “I just got to it! Nothing beats hard work and always remember there’s some people out there that don’t want you to be great #2021 #bts #xxlcovershoot.”

Meanwhile, in the accompanying interview, the 36-year-old star opened up about what made him hospitalized for cardiac issues and stomach pains last year. The rapper said that “being fatigued, dehydrated, losing myself chasing money chasing the wrong things” contributed to his health issues. “Too much drinking, too many pills, you know, boom,” he added, before revealing that he has been sober since November 21, 2019.

“It was just overdoing something for too long,” he explained. “And, to the point where now sober is becoming my new high. People seen I was out of control, not me, you know what I’m saying? ‘Cause, it’s almost like working out. You don’t see you getting big ’cause you see yourself every day. It’s the same thing with you being out of control.”

Later, French admitted to taking some time off social media following the health scare as a way to “detox” himself. “I think that was the hardest thing I ever did in my life, to snatch myself back,” he shared. “So, for me to stop everything and just step back, that was like one of my biggest accomplishments.”

The Grammy-nominated rapper added that sending his mother back home to Morocco was one of his other big accomplishments in his life. “Everything I did was working toward that moment,” he said. “And then when she goes back home, after the sacrifice, she walk in with her head high, you know what I’m saying? That was my chapter one. There is no other accomplishment that can beat that.”