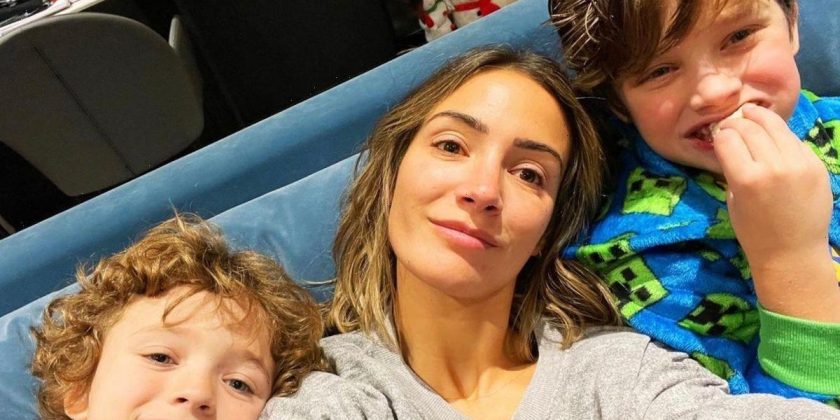 I'm A Celebrity…Get Me Out Of Here star Frankie Bridge has reunited with her sweet lookalike sons.

The Saturdays singer, 32, who is married to Wayne Bridge and shares sons Parker, eight, and Carter, six, with the ex-footballer, revealed how it 'felt so good' to return to her Surrey home with her two adorable children after she came third on the ITV show.

Frankie looked every inch the natural beauty as she posted a selfie from her sofa with her adorable boys resting their heads on her shoulders after returning from Gwrych Castle in Wales.

Captioning the snap to her 1.4million Instagram followers, she penned: "Reunited and it feels so good! Back with all my boys… back on a sofa… back home! Thank you to everyone who voted for me on @imacelebrity I still can’t quite believe it… what a crazy ride!"

It comes after Frankie was declared the "queen of the castle" by her fellow Loose Women panellists Charlene White, Linda Robson, Coleen Nolan and Penny Lancaster.

But one of the funniest reveals came when the former pop star admitted she'd found a way to speak to her little boys after she had agreed a secret move with them beforehand.

During her time on the show, Frankie sometimes filled her mouth with air so she could make a blowing shape, along with arm movements to contact her beloved sons, whom she missed terribly over the course of three weeks.

Giggling at the memory, the presenter revealed: "My youngest, Carter, I said [to him] 'Can I just blow a kiss or something like that?'"

"'Or something a bit more subtle?'"

"And he decided that my signal for them was this [fills mouth with air and pushes out lips]," the mum-of-two continued.

Laughing, the star then explained that she also tried to incorporate the shoulder motion but she ended up feeling too silly. "I did try and do both a couple of times, [jiggles shoulders] but I started worrying that people would think that, you know, I was starting to lose the plot.

"So I had to pick one or the other," Frankie added.

Despite successfully winning a number of challenges and trials throughout the show, and battling her own personal struggles being in camp without her family, Frankie lost out on being named champion to Emmerdale star Danny Miller.