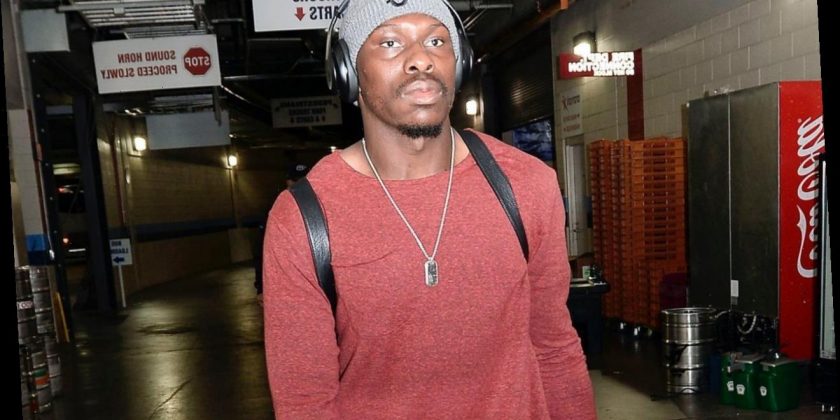 York County Sheriff’s Office reports that the former athlete was found dead from a self-inflicted gunshot wound following a police standoff after killing a prominent doctor and his family.

AceShowbiz -Former NFL player Phillip Adams has died from apparent suicide. Prior to taking his own life, it was reported that the 32-year-old killed five people in South Carolina. According to NBC News, York County Sheriff’s Office reported that Adams was found dead froma self-inflicted gunshot wound following a police standoff.

York County Sheriff Kevin Tolson confirmed the news in a press conference on Thursday, April 8, saying that the athlete killed five people, including prominent Rock Hill doctor Robert Lesslie, his wife Barbara Lesslie and two of their grandchildren who were both under 10 years old.

As of what could have driven Adams to murder them, police stated that it’s still being investigated. “There’s nothing about this, right now, that makes sense to any of us,” Tolson explained during the press conference. “And that’s why we’re working so hard to try to get more information.”

In the wake of Adams’ death, his father Alonzo Adams addressed the family tragedy. “I can say he’s a good kid. I think the football messed him up,” he told local news outlet WCNC. “I don’t think he ever did anybody any harm. All I can say is we pray for the family. He used to be my doctor a long time ago. I know they were good folks down there. I don’t know what happened but we’re gonna keep them in our prayers.”

Police, meanwhile, didn’t confirm if Adams was one of Dr. Robert’s patients.

Adams joined the San Francisco 49ers in 2010. However, he was cut before the 2011 season due to an ankle injury. He played 78 NFL games over five seasons for six teams including the New England Patriots, Oakland Raiders, Seattle Seahawks, New York Jets and the Atlanta Falcons.

NFL also released a statement to NBC News. “Our hearts go out to the families and friends of the victims of this devastating tragedy,” read the statement.