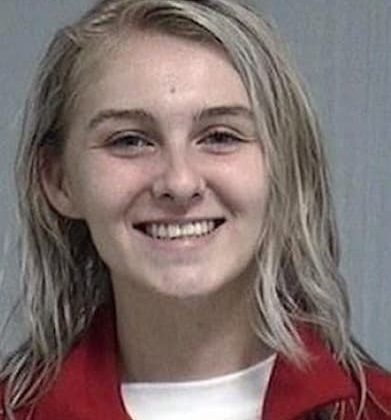 A 19-year old Florida woman was arrested this week because she chased her grandfather around with a knife.

Allegedly, we suppose we should write.

According to Nassau County officials, Katie Jade Gates was taken into custody after she grew very angry due to not being permitted to eat more than her “fair share of tomatoes” at a recent dinner.

It’s unclear at the moment just what type of tomatoes we’re talking about here.

Katie’s own grandmother told the police that Gates started to throw a tantrum after being told she couldn’t have more tomatoes.

Gate then became disrespectful toward others in the house, enraging them, according to the official report.

It reeally was quite the scene, apparently.

First, Gates hurled a cigarette pack at her 73-year old great-grandmother, striking her in the eye, deputies have put on record.

From there, Gates grabbed a knife and started waving it toward her grandfather.

Her grandfather sprinted out of the house as quickly as his old bones could carry him… and Gates proceeded to chase him with the knife in her hand, police say.

She threatened to stab him in the face and began poking the knife toward his face, nearly cutting him in the process.

“Motherf–ker, I’ll stab you in your f–king face,” Gates supposedly screamed at her elderly relative.

Police arrested Gates — who lives with these grandparents — on charges of aggravated assault with a deadly weapon and aggravated battery on a victim over the age of 65.

She was transported to the Nassau County Detention Facility and later released out of jail on a $18,000 bond.

She has allegedly confessed to the cigarette pack throwing and even to picking up the knife, but not to using it in a threatening manner.

If Gates somehow continue to live at this same residence, she presumably would be limited in her movements.

Sources now confirm that Gates was ordered to stay at least 500 feet away from Edward Schaedel, her grandfather, and her great-grandmother, Carolyn Schaeder.

She has also been prohibited from having any communication with them while the case plays out.

Gates was also arrested a few weeks prior to the violent incident at her home for a traffic violation after she ran a stop sign.