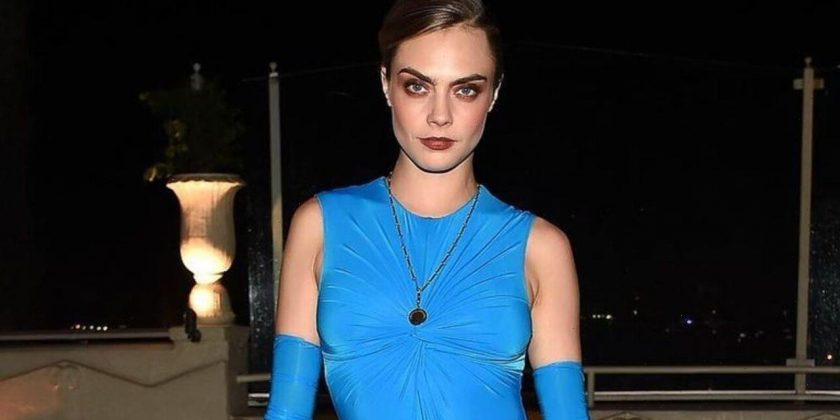 A new report has revealed how much money the ‘Valerian and the City of a Thousand Planets’ actress has collected a day from her modelling and acting career.

AceShowbiz –Cara Delevingne is allegedly earning £30,000 a day. The 30-year-old is now reportedly sitting on £45.7 million in assets as she has amassed her fortune from her modelling and acting.

According to accounts revealed by the Daily Mail on Friday, November 25, the value of her company Harvey White Properties increases in 2021, with the publication stating her earnings from all sources was the equivalent of £30,000 in daily earnings in the last year.

It seals her position as Britain’s highest-paid supermodel, who also has two subsidiary companies in America, Cara Co. (US) Inc and Hot Mess Industries LLC.

The accounts have emerged after Cara was said in September to be displaying erratic behaviour. Action was taken that month to protect her US interests in Cara Co. in case she suffered a sudden change in her financial position. Her bankers at HSBC registered a charge against the company in April even though it had assets of £41.4 million.

A source told the Daily Mail at the time, “It’s unexpected for a company with that much money in it to have charges of this kind against it. It’s very unlikely to go bust, but if you have a secured charge you become the first one in the queue to be repaid what you’re owed.”

It was reported in February the model – who this month appeared in Rihanna‘s Savage X Fenty catwalk show – had taken her fortune to £100 million aged 29.

Cara started modelling aged 10 and has added to her wealth by last year launching premium prosecco company Della Vite with sisters Poppy, 36, and Chloe, 37. In 2020, Cara said about wealth, “Money is not everything. You get to the point where you’re like, ‘Oh, I’ve made money but I’m so deeply unhappy and alone.’ “