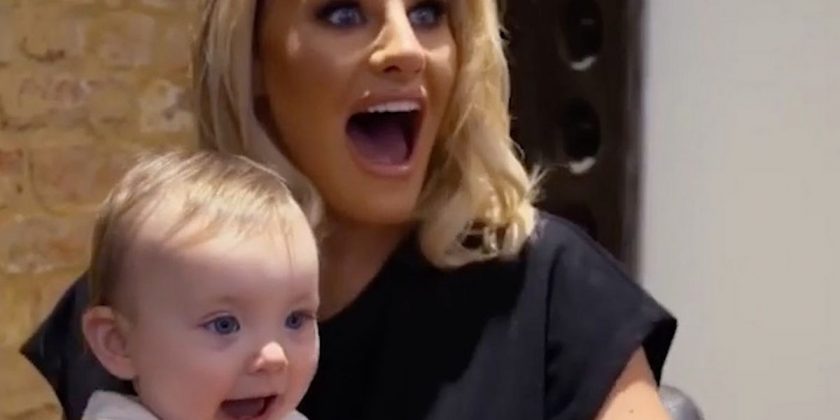 And in a clip from the ITVBe series, it’s revealed that little Sunday’s first word as ‘happy’.

In the sweet snippet, Ferne, who shares Sunday with jailbird ex Arthur Collins, is sat chatting to her pal, fellow TOWIE star Danielle Armstrong, who has baby Sunday on her knee.

It’s her first birthday and Ferne and Danielle are singing to her.

Danielle then repeats the word ‘happy’ to Sunday again and again in the hope she’ll say it back, and she’s blown away when she does.

She tries to get Sunday to say it again and she happily obliges.

Ferne and Danielle scream with delight as the proud mum claps and says: "Good girl!"

Cutting back to the action, Danielle holds Sunday up to her face as the baby again says "Happy".

"I could cry," Danielle confesses.

Sharing the clip on Instagram , she said: "H A P P Y my baby girl’s first word…One more sleep until #FirstTimeMum is BACK !

"Me & Munch are back on your screens tomorrow @itvbe 9pm. This scene creases me up… me & @daniellearmstrong88 are so Patsy & Eddie with Saffy"

And another confessed: "Makes me feel emotional too watching you"