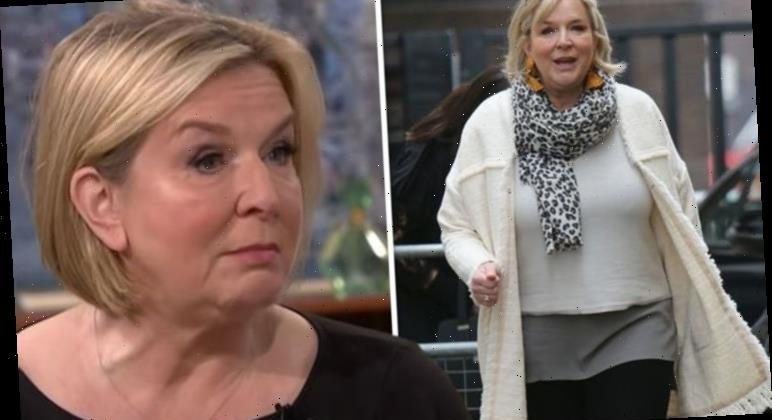 Former This Morning presenter Fern Britton, 63, has taken to Twitter to insist that she is “not a representative of any CBD Oil products”. The author spoke out about the situation after she received a warning from a social media user who spotted an online “scam” which was using her image.

After Fern spotted the post, she retweeted it in view of her 77,000 followers this afternoon.

She wrote alongside it: “I AM NOT A REPRESENTATIVE OF ANY CBD OIL PRODUCTS!”

The star went on to ask fans for their assistance with the matter by alerting her to the advert if it appears again. 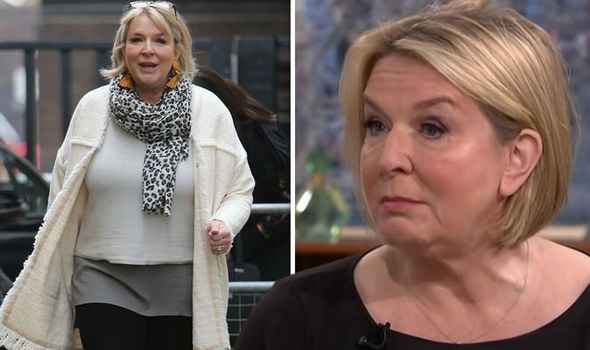 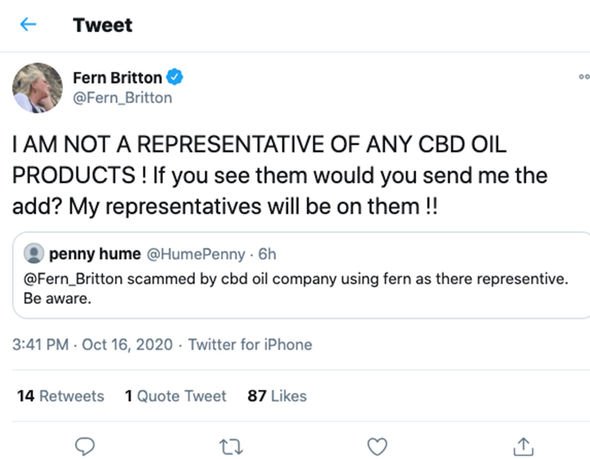 She added: “If you see them would you send me the ad?

“My representatives will be on them!!”

One person wrote: “Aww that’s a shame cos I’ve just bought some thinking if Fern endorses it it must be ok , it’s the same one that Sir David Attenborough does, so I’m guessing he hasn’t endorsed it either.”(sic) 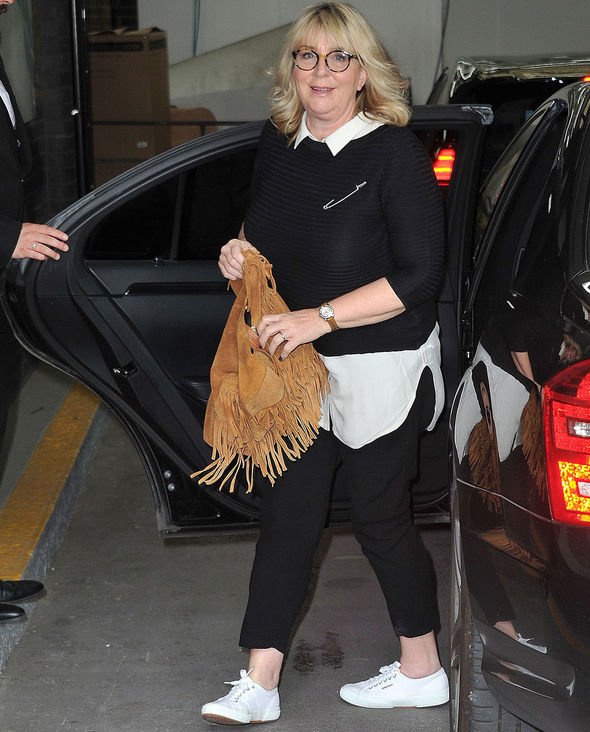 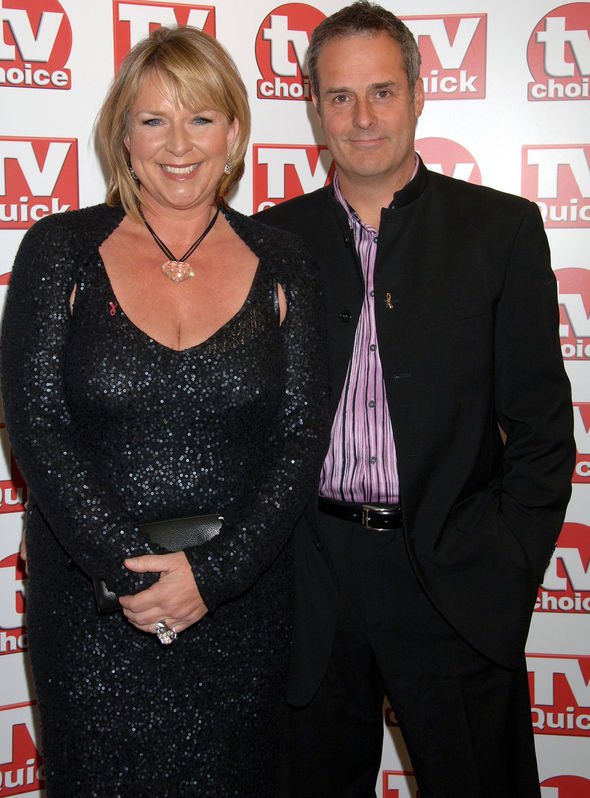 Fern replied to the fan, writing back: “I would imagine so! X.”

A second Twitter user added: “Thank you for saying that. I didn’t believe it but I’m so glad you confirmed it. Cheers Fern xx.”

A third fan commented: “Go get them Fern too much of this going on just like the bitcoin cons.”

Express.co.uk has contacted a representative for Fern for comment.

Elsewhere, Fern shared some happier news about her upcoming return to TV.

The presenter, who is newly-single after splitting from her husband Phil Vickery, 59, earlier this year, gushed over Ben Shephard, 45, while sharing an exciting announcement.

Fern revealed she is set to appear on Ben’s show Tipping Point after previously making a move away from television to focus on writing.

She shared a behind-the-scenes snap from her dressing room before recording her episode of the ITV game show.

The star was pictured smiling for the camera in the mirror, while sitting beside a collection of make-up brushes.

She captioned the photo: “Sitting in it Winnebago (socially distanced) waiting to record an ep of ⁦@TippingPointITV.”(sic)

Fern went on to pay a sweet compliment to Ben and reassured her fans that he is just as “lovely” as he appears on TV.

She added alongside a love heart emoji and a kiss emoji: “Yes ⁦@benshephard is as handsome and lovely as you think.