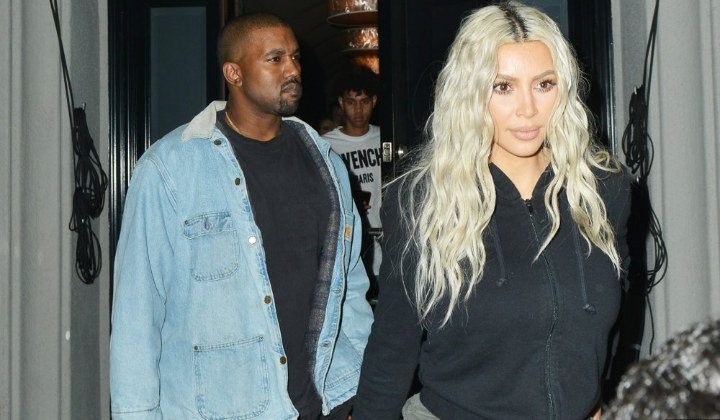 AceShowbiz –Kim Kardashian and Kanye West have once again been hit with divorce rumors. Words are, the reality star has had enough of her rapper husband’s social media antics to the point where she feels divorce is the only way to solve this problem.

Even though Kim has publicly defended Kanye following his Twitter tirade, Radar Online reports that the mother of three is actually conflicted because she’s going against her own beliefs to defend him. “Kim is forced to defend Kanye over and over even if she doesn’t necessarily agree with his stance,” a source tells the gossip site. “He just tells her what she needs to say and most of the time she doesn’t even know what she is defending him about.”

The source goes on saying that Kim “can’t do this much longer,” because the “Stronger” rapper just can’t stop speaking out his thoughts to the point where she fears for her safety. “The more crap Kanye talks, the more and more Kim feels unsafe,” the insider notes. “Kanye continues to throw Kim and her family into the fire and she is constantly getting threats and harassment.”

The “Keeping Up with the Kardashians” star is allegedly “so fed up with all of this” that she now feels “divorce is the only option.”

Both Kanye and Kim have yet to address the report.

Last week, Kanye caused social media frenzy after he shared more than 100 tweets taking shots at his nemesis Drake. He also called out Travis Scott (II), who is currently dating his sister-in-law Kylie Jenner, for allowing the Canadian rapper to sneak diss him on “Sicko Mode”, sparking feud speculation between him and Travis. However, Kylie has shut down the rumors and said that there’s no bad blood between them.

Responding to a user who called her baby daddy “petty” for posting a pic of him wearing a Nike sweatshirt when Kanye had a deal with Adidas, she said, “He’s not being petty. This is a sweatshirt design (the sock is apart of the design). Everyone is good, moved on, living life. For anyone who wasn’t aware — Travis has had a deal w Nike and still does. Point is… it’s all been talked out. It’s only positive energy.”