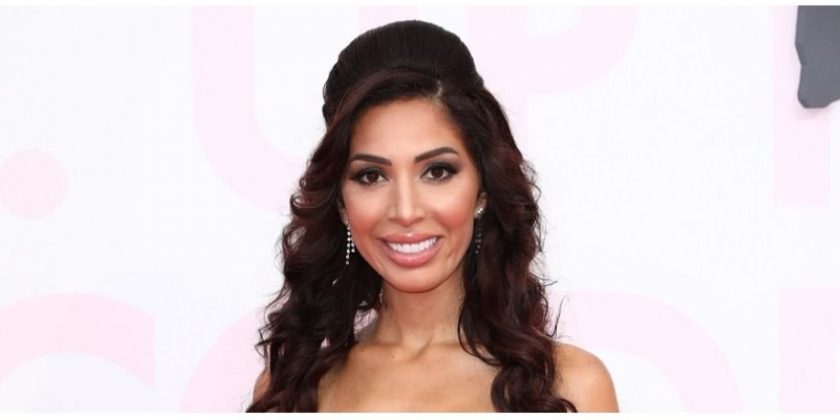 Farrah Abraham is showing off her bikini body yet again. The former Teen Mom OG star was recently spotted rocking a skimpy bikini on the beach.

According to a December 30 report by the Daily Mail, Farrah Abraham ditched her clothes in favor of a barely-there gold velour bikini while hitting the beach in L.A. this week.

The reality star donned a pair of gold thong bikini bottoms, which showed off her curvy backside, and left little to the imagination in the front. The string bikini also included a classic triangle top, which stretched over Abraham’s ample cleavage, showing off her surgically enhanced chest.

The report revealed that the weather was a chilly 66 degrees in L.A. that day, but that Farrah decided to plunge into the cold ocean water anyway. Farrah’s hair also looked a bit different than usual.

The ex-MTV star sported waist-long pink hair that was parted down the middle and styled straight. The hair fell down her back, as Farrah smiled while having some fun in the sun.

In the photos, Abraham is seen standing on the beach with a smile on her face as the blue sky and the gorgeous ocean waves crashed onto the shore.

The next day, Farrah Abraham took to social media to honor her late boyfriend, Derek Underwood. The former Teen Mom OG star documented she and her daughter, Sophia, as well as Derek’s family as they remembered him on the 10th anniversary of his death.

Having fun in my Winter wonderland with my fav facial mist that keeps my skin glowing @alkaglaminc use my code: “Farrah18” for 15% off ! Happy Holidays with the best refillable facial mist on the go! learn more & grab yours here WWW.AlkaGlam.COM #girlsonthego #facial #beauty #health #travel #glowing #ilovemylife #happyholidays #farrahabraham #shopping

As many fans will remember, Derek died in a tragic car accident just weeks before Sophia was born. He never got to meet his daughter, and Farrah and Sophia honor him with stories, photos, and a visit to his grave site each and every year on the anniversary of his death, and/or his birthday.

“Every year, we go to Derek’s grave site. We take pictures, we record it, and I have a whole baby box for Sophia with letters and pictures telling how and why things happened, and why I’m here today alone,” Farrah told her fans in a video posted to her social media.

“These last couple of days have been some of the best days in my life, today is the 10th Anniversary of Sophia’s Father, Derek Underwood, the love of my life’s car accident 12/28/2008 that changed my life forever,” Farrah said of her late former love.

Fans can keep up with all of Farrah Abraham’s latest projects by following her on Instagram.