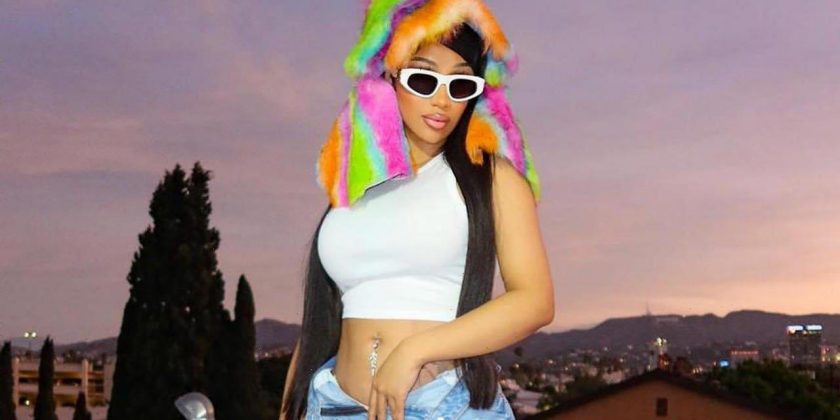 In the footage she shares on her social media platform, the ‘Bodak Yellow’ femcee screams when a woman tries to pull off brown sugar wax around her upper lip area.

AceShowbiz –Cardi B believes that beauty is pain. Getting real with her fans and followers, the “Bodak Yellow” raptress posted a video of her enduring pain while getting waxed on her social media platform.

On Wednesday, September 7, the 29-year-old “WAP” femcee turned to her Instagram Story to share videos of her removing her facial hair. In the footage, it could be seen her upper lip area was covered with brown sugar wax.

Cardi first laughed when a woman tried to pull off the wax. At one point, the “I Like It” raptress screamed “Argh!!” when the woman pulled the wax to remove the Grammy-winning artist’s mustache. In the clip, the hip-hop star could be seen wearing no clothes, seemingly getting a full body wax.

After The Neighborhood Talk reposted her Story, Instagram users quickly reacted to the video. “that sht hurt,” one person commented, while a separate user echoed, “That lip wax brings a tear to my eyes every time.” Someone else added, “The lip is so painful.”

“The upper lip and the lower lip hurts so bad but it be so worth it,” an Instagram user pointed out. Another noted that the wife of Offset “looks like a Mario brother with the wax mustache,” while someone said she looked more “like Carlos Santana.” A different social media user, in the meantime, asked, “So where is her face tat at ?”

Last month, Cardi left her fans disappointed after she was caught getting her first face tattoo. On August 14, tattoo artist Robinson De Los Santos shared a video of himself creating Cardi’s newest ink. In the short clip, Robinson could be seen laying down red ink on the side of the rap star’s face near her jawline. “Today’s work Cardi B,” he captioned his post in Spanish.

Cardi later posed for a photo with Robinson showing off the finished product, but the new ink is still not fully visible. It appears to be a collection of letters, with the last one seemingly being a “P.”