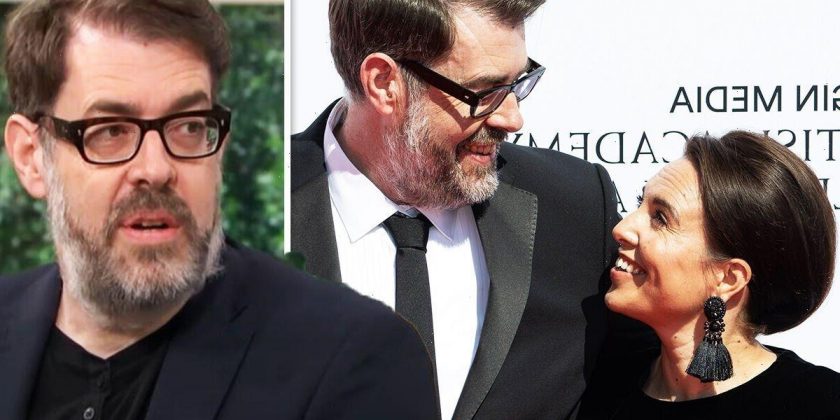 Richard Osman says 'amazing people' are replacing him in Pointless

Richard Osman had a sweet response when he was probed over his Doctor Who fiancée in a recent interview. The Pointless host, 51, gushed over his upcoming nuptials after confirming that he is set to marry actress Ingrid Oliver, 45.

The Rachel’s Holiday author was quick to quizz the star on the subject of his love life.

Marian asked Richard: “Is it true you are getting married?”

Ingrid and Richard met at a dinner party in the summer of 2020 and their relationship has quickly gone from strength to strength.

The Doctor Who star reportedly moved into the Pointless host’s London home last year after they had been dating for a while with Richard confirming the happy news in a Guardian interview with Marian.

This is the second marriage for the TV host, who split from his first wife in 2007. They share two children together, Ruby and Sonny.

Ingrid is probably best known for her supporting role as Petronella Osgood in Doctor Who.

The star also played military woman Natalie in Peep Show and has appeared in shows like Doc Martin and The Watch.

Ingrid has also made some film appearances, including in 2019’s Last Christmas starring Emilia Clarke and 2008’s iconic Angus, Thongs and Perfect Snogging.

She has even appeared on Richard Osman’s quiz show House of Games beside her now-fiancé.

Richard paid a sweet tribute to Ingrid on the Christmas Day edition of Desert Island Discs, where he observed the changes she had made in him.

He said: “I’m happy with myself, I’ve got these beautiful kids, I’ve met the woman who I’m going to be with for the rest of my life.

“That thing of competition and ambition, you soon realise that rocket fuel disappears.

Richard’s exciting news comes months after he announced that he’s stepping down as Pointless host.

The novelist told 1.1million followers in April: “SOME NEWS! After 13 wonderful years I’m leaving daytime Pointless, to concentrate on writing.

“Will still be doing the celebrity shows and ‘HouseOfGames’. It has been the GREATEST pleasure and I can’t wait to start watching as a viewer. Thank you to everyone!”

He added: “Will miss the whole team, especially the incomparable @XanderArmstrong.

“Thank you to everyone who watches, it really has been a dream, and I know the show will continue to go from strength to strength.”

“Delighted I’ll still be involved in Pointless Celebrities though. I will still always be your Pointless friend,” he ended his post.