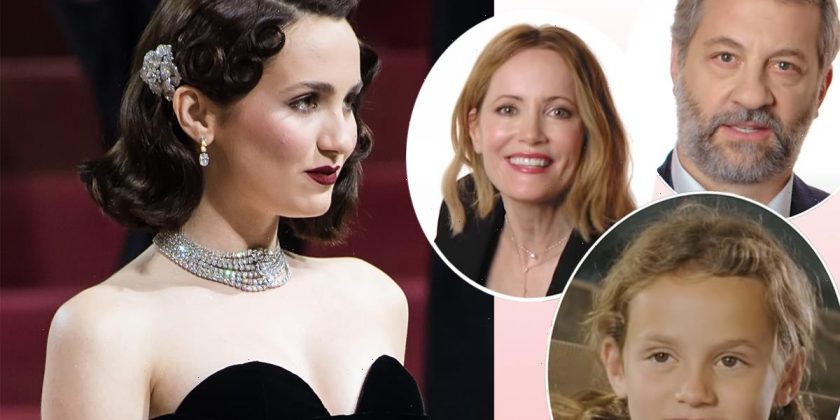 Maude Apatow is weighing in on claims she’s a “nepotism baby.”

In a cover story interview with Porter, director Judd Apatow and actress Leslie Mann‘s oldest daughter touched on the discourse regarding her status in Hollywood, how it was achieved, and how she navigates it. The 24-year-old explained:

To which the interviewer asked:

“Because it felt like people weren’t judging you on your talent?”

“Right. And that’s fine. I try not to let it get to me because I obviously understand that I’m in such a lucky position. A lot of people have proven themselves over the years, so I’ve got to keep going and make good work. It’s so early in my career, I don’t have much to show yet, but hopefully one day I’ll be really proud of the stuff I’ve done by myself.”

While the up-and-coming star may have gotten a leg up on other aspiring actors her age by landing early roles in big films like Knocked Up and This Is 40, both directed by her father, it seems her acting chops speak for themselves. We got to see a more dramatic side of the young star in HBO’s Euphoria, and we’re interested to see what she offers in the future.

See her full cover (below):

Maybe she’s a natural, or maybe having Hollywood parents gave her a major heads up. You can read her full piece HERE and let us know what YOU think in the comments (below)!