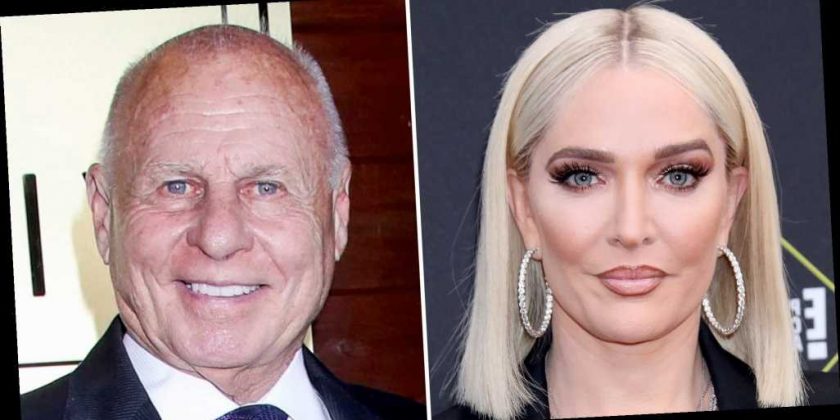 Erika Jayne and Tom Girardi’s Divorce: Everything We Know So Far

According to court documents obtained by Us Weekly on Friday, January 15, the 81-year-old lawyer suffers from short-term memory loss. Robert also claims that Tom needs a conservatorship and requests that he gains control of his brother’s finances and will help the bankruptcy court gain access to his records amid the involuntary Chapter 7 bankruptcy case.

“[Tom] is incapable of realizing and understanding the repercussions of the bankruptcy filings pending against him and the Debtor,” the docs state. “Furthermore, the TG is not capable of making rational decisions with respect to his or the Debtor’s financial responsibilities.”

News broke in November 2020 that Erika, 49, filed for divorce from Tom after more than 20 years of marriage. One month later, class action firm Edelson PC accused the pair of faking their split to “fraudulently protect Tom and Erika’s money,” alleging that they “are on the verge of financial collapse and locked in a downward spiral of mounting debts and dwindling funds.”

The former couple has also been accused of embezzling $2 million in settlement funds intended to help the families of Lion Air Flight 610 victims. Tom, who is one of the high-power attorneys who inspired the Julia Roberts’ film Erin Brockovich, testified in the case in September 2020, telling the court that he doesn’t have “any money” left.

During another hearing last month, Keith Griffin, an attorney at Tom’s firm, revealed that the estranged husband of the Real Housewives of Beverly Hills star was secretly hospitalized in 2020. Griffin said his boss was “unavailable in recent weeks due to a serious illness that caused him to be hospitalized for which he sought treatment.”

Tom previously failed to hire a lawyer to represent him in the case. One of his recently hired attorneys, Evan Jenness, told the judge during a December 14 hearing that he wanted Tom to go through a mental examination.

“I’m unsure that he understands either the nature or the gravity of the current situation,” Jenness told the judge.

The judge subsequently froze Tom’s assets. Erika has also been instructed to stop making a profit through their shared assets, including her clothes. Edelson PC requested the Pretty Mess author stop working with the French company Vestiaire to sell her used apparel through the online site.

“There’s an asset freeze,” the judge told Erika’s lawyer on December 22. His assets are frozen. I think you need to convey that to your client. … If she is selling assets that are property of Tom Girardi, you need to inform her of the danger that puts her in.”

‘RHOBH’ Season 11: Everything We Know So Far

While Erika has yet to publicly comment on her ex’s health issues or legal woes, she accused him of cheating on her with judge Tricia A. Bigelow last month.

“This is Justice Tricia A. Bigelow. She was f–king my husband Tom Girardi and he was paying her Saks bill and paying for her plastic surgery,” the reality TV personality captioned a series of alleged text messages between the pair via Instagram. (The post was live on the app for approximately 30 minutes on December 18 before Erika deleted the post.) Bigelow’s lawyer subsequently told the Los Angeles Times that Erika’s actions were “nothing short of criminal,” noting they were “considering” their options to “protect Justice Bigelow from further harassment.”

A source previously told Us that Erika was unaware of the fraud case and the several other lawsuits filed against Tom in 2020. “The legal issues are unfolding one after another and she’s learning as everyone’s filing,” the source said. “As the whole world is finding out about it, she’s finding out about it. She’s reading about it in the press before she even sees it [from her lawyers].”

According to another insider, the Bravo star will break her silence on the upcoming 11th season of RHOBH. “She’s going to tell her story and she’s not going to hold back. In the past when they filmed, Erika protected Tom at all costs, but this time around is going to be different,” the second source said.