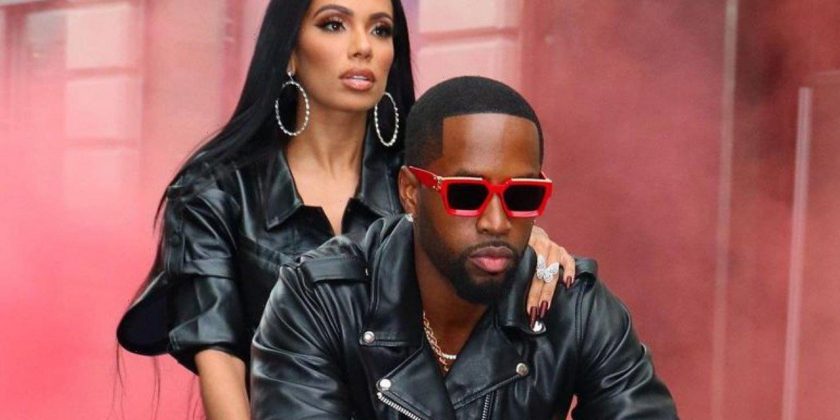 The ‘LHH: Atlanta’ star takes to her Instagram page to make sure people know that she’s not bothered at all by the dating rumors as she’s still proceeding with her divorce from the rapper.

AceShowbiz –Erica Mena has seemingly reacted to Safaree Samuel going out with an Instagram model named Kimbella Matos. The “Love & Hip Hop: Atlanta” star took to her Instagram page to make sure people know that she’s not bothered at all by the dating rumors.

“I’m so grateful God been making sure I find out EVERYTHING,” so the mom of three wrote on Wednesday, September 15. In a separate post, Erica reaffirmed that she’s still following through with her divorce from Safaree.

She wrote on Instagram Story, “I’m very much so single and will very soon be officially divorce.” Taking a jab at the rapper, with whom she shares two children, the reality TV star added, “That let man send roses since he’s clearly desperate in peace. That is no longer my problem.”

Erica’s post arrived days after Kimbella seemingly hinted that Safaree sent her several bouquets of flower. “He loves it here [smiling face with hearts emoji] S [heart emoji]… Thank you [flower bouquet emoji],” so Kimbella captioned her Instagram pic featuring her posing on a bed with flowers surrounding her.

While Kimbella didn’t drop any name, people speculated that the S was referring to Safaree. The latter, however, quickly shut down the rumors. In a DM conversation obtained by The Neighborhood Talk, Safaree explained, “Yo ppl r freaking crazy .. ppl keep asking me about her cuz I saw her for 5 mins somewhere. They superr reaching!!”

He doubled down on his statement, denying that he went out with Kimbella. “Ppl r such weird cowards. They made some video and cropped out the other 10 ppl there and made it look like it was just me, like wtf,” he insisted.