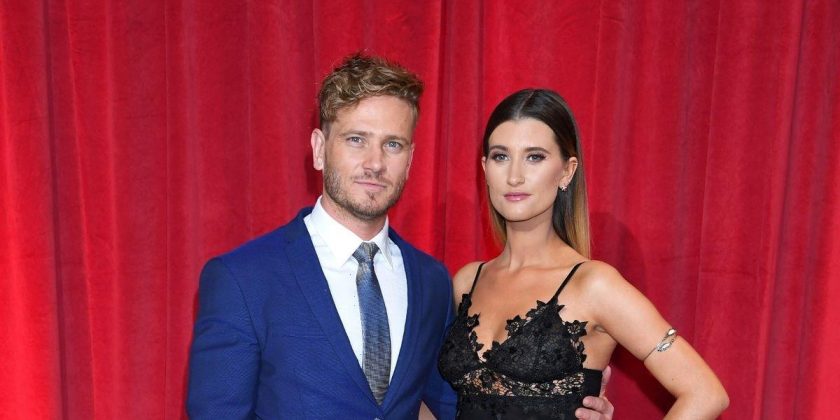 Emmerdale star Matthew Wolfenden paid a sweet tribute to his wife and former co-star Charley Webb on their wedding anniversary.

The soap stars tied the knot four years ago and Matthew, who plays David Metcalfe on the ITV soap, shared a loving note to his partner on Instagram.

The actor posted a throwback photo of the pair gazing at the camera. Matthew, 41, was sporting a David Beckham inspired hairstyle and Charley, 33, had blue eyeliner straight from the noughties.

Matthew posted the image to his 185,000 followers and wrote: "This photo was taken 15 years ago. We had just ‘got together.’"

He continued: "Now we’ve been married 4 years and have 3 amazing, beautiful (always annoying) boys running around the house and driving us mad!

"I knew as we had this photo taken that we’d be together forever. I’d found my soulmate. Love you pal. Happy anniversary. X,", he declared.

Friends and fans of the couple praised them and joined in on the celebrations.

Corrie star Charlie Condou wrote: "I don’t know which one of you I fancy most!!", while Charley's brother, Hollyoaks actor Jamie Lomas, simply wrote: "Happy anniversary guys', with a love heart.

Some fans praised the style of the throwback snap, with Matthew in a check shirt and an unbuttoned waistcoat. One user commented: "Great photo looks like a 70s throw back."

Both of the stars are set for differing futures with Emmerdale during the ITV show's 50th anniversary year.

Charley, who joined the ITV soap in 2002, is reportedly stepping away from the Yorkshire Dales drama 'for good' after 19 years.

"Charley is closing the door on Emmerdale for good and won’t be going back," a source told The Sun.

The insider added: "Matthew being caught up in the row on set fuelled her decision to step away."

But Matthew made his return to the ITV soap last month following a three month absence. The soap star returned to play David and shaved off his somewhat iconic hairstyle for his comeback.

In October, Matthew and fellow actor Isabel Hodgins, 28, who plays Victoria Sugden, were reportedly embroiled in a race row after a mixed-race actress was allegedly upset by a comment on set.

They were faced with allegations that the female cast member's accent was mimicked. However they categorically denied all the allegations and claimed that there was a misunderstanding.

ITV bosses have accepted the two soap star's explanation and no formal action will be taken against them.

To stay up to date on all the latest news on Charley Webb, Matthew Wolfenden and more of your favourite stars, sign up to OK!'s daily newsletter.