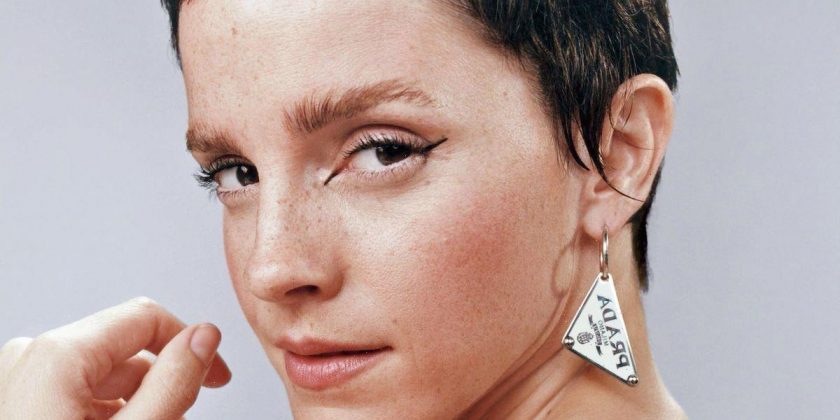 Emma Watson has ditched her long brunette locks for a stunning pixie crop with short fringe.

The Harry Potter star, 32, was snapped whilst shooting a marketing campaign for Prada’s new women’s fragrance.

In the photo, Emma can be rocking her new look whilst wearing a bright orange silk dress and Prada earrings.

As well as being the face for the campaign Prada allowed Emma to make her directorial debut with the short film for the fragrance.

Taking to Instagram to announce the new venture, the actress shared a frame from the film and wrote: "When Prada asked me to be the face of their new fragrance campaign, I asked if I could direct it.

"Months later, and I’m able to share the results of the faith they shared in me, with all of you."

She added: "I can’t wait to share this piece of my art, and hope that you enjoy it as much as I enjoyed making it.

"I could never have done this without my unbelievable team of collaborators.

"Thank you for your time, commitment, talent and passion. My directorial debut and Prada’s newest refillable fragrance, coming soon."

In a statement via the Italian fashion house, Emma said: "Prada has always gone beyond traditional models and archetypes of conceived beauty and is famous for a femininity that challenges conventions.

"It’s a pleasure to create a campaign and represent a fragrance with such a profound philosophical concept and sustainability initiatives in a way that feels genuinely real and relevant."

Emma's new look comes after she attended the EE British Academy Film Awards 2022 with a shoulder-length style, which saw her brunette locks styled in loose waves.

The red carpet outing also saw the Beauty and the Beast actress remind us all of a hair trend from days gone by using a very cheap hair accessory: the humble kirby grip. Or several of them, to be precise.

Her centre parting was slicked back and held in place using several kirby grips at either side.

Although kirby grips are hardly a new hair tool (if you were at school in the 90s or 00s they were probably a regular feature in your life), the look harks back to a trend from a few years ago.

The clips were the go-to accessory for standout hair looks worn by celebrities everywhere – and of course, visible and numerous kirby grips were a heavy feature in many a red carpet style.

However, the sudden change in hairstyle won't shock hardened fans of Emma as she is known to switch looks quite often.

In 2010, the actress appeared at the premiere of Harry Potter and the Deathly Hallows: Part 1 with a similar pixie cut.

She was then seen at the premiere of Harry Potter and the Deathly Hallows: Part 2 with a slightly different style as she slicked her hair back.

The fragrance, which Emma is the face for, will launch worldwide from August 22.