Earlier this year, Holidate actress Emma Roberts revealed that she is expecting her first child with actor Garrett Hedlund. The couple has somehow managed to stay remarkably low-key about their relationship, having only been photographed together on a handful of occasions since rumors of their romance first began.

Here’s everything we know so far about Emma Roberts and Garrett Hedlund’s relationship.

News of Roberts’ split from her former fiancé and fellow American Horror Story actor, Evan Peters, broke in March 2019. At the time, a source told Us Weekly, “Emma and Evan were heading for a split and now are just friends… Evan has moved out. It wasn’t a bad breakup.”

In the same report, a so-called “eye witness” told Us Weekly that Roberts was spotted with Hedlund in the Silverlake neighborhood of Los Angeles, sparking new romance rumors. Per the source, Hedlund “had his arm around [her] for a bit and then they were holding hands.” Another source alleged, “Garrett and Emma have been friends, but this is new, casual, and just a couple of weeks old.”

Roberts and Hedlund were photographed hugging while out and about in Los Angeles, seemingly confirming their relationship, per JustJared.

When asked to clarify her relationship status during a Cosmopolitan interview, Roberts replied, “I never want to talk about relationships I’m in or that are ending or have ended. It’s hard enough to be with someone by yourself, let alone with an audience. Growing up is hard. Sometimes it makes me sad that I can’t have a private moment.”

Roberts and Hedlund were photographed grabbing coffee in Los Angeles on July 31, 2019, and they looked pretty happy together. 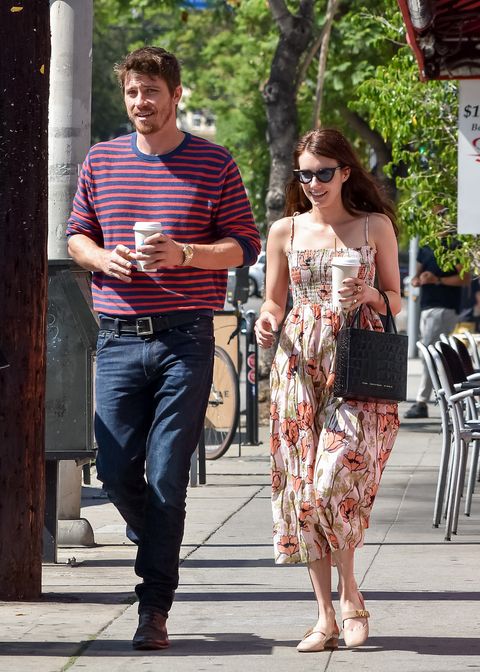 Hedlund and Roberts had another outing in Los Angeles together, this time holding hands. 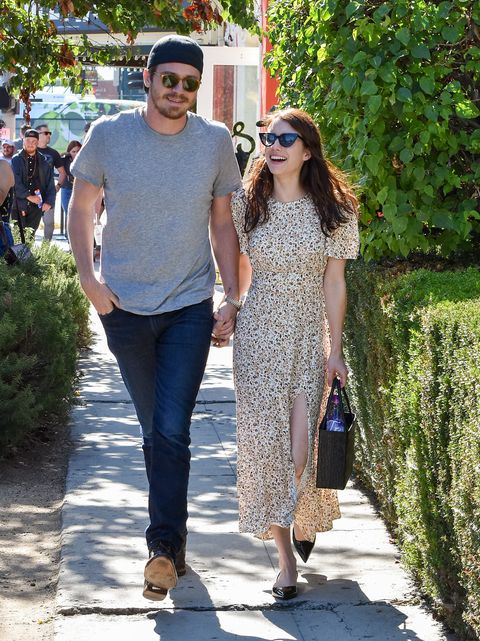 Continuing to keep their love story private, Hedlund and Roberts were photographed together in Los Angeles, leading fans to believe that they were still dating. 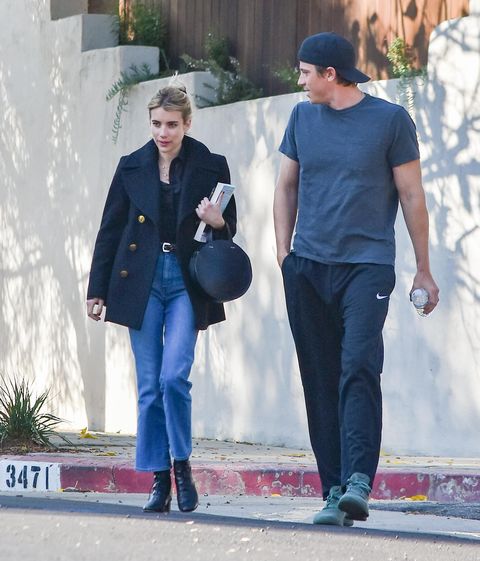 The same month, a source told Us Weekly, “They are not talking an engagement or marriage at the moment… They like hanging out and going out together, and their relationship is more fun than serious.” According to the source, Hedlund and Roberts were just “having fun and enjoying each other.”

Us Weekly broke the news that Roberts was expecting her first baby with Hedlund. Soon after, the couple was spotted catching a flight out of LAX together, although neither confirmed nor denied the rumored pregnancy.

Roberts confirmed her pregnancy by posting a series of photos on Instagram. She also revealed that she was expecting a baby boy in her caption. “Me…and my two favorite guys 💙💙,” she wrote, revealing her baby bump for the first time as she posed next to Hedlund.

E! News reported that Roberts celebrated her baby shower with family and friends in early October. A source alleged, “Emma’s baby shower was Saturday afternoon at a friend’s house. It was a co-ed shower with about 15 people. It was outside and everyone stayed distanced.” The source continued, “Emma’s mom and Garrett’s mom were both there… Emma wore a long dress that showed off her baby bump. She seemed excited to see friends and celebrate her baby.”

In an adorable Instagram post, Roberts wrote, “So grateful to my family and pod for making my pregnancy feel so celebrated during such wild times. I love you guys @cadehudson22 @kakeykake @britelkin and thank you to @toryburch & @ericbuterbaugh for the magical garden 🌸 #toryburchhome.”