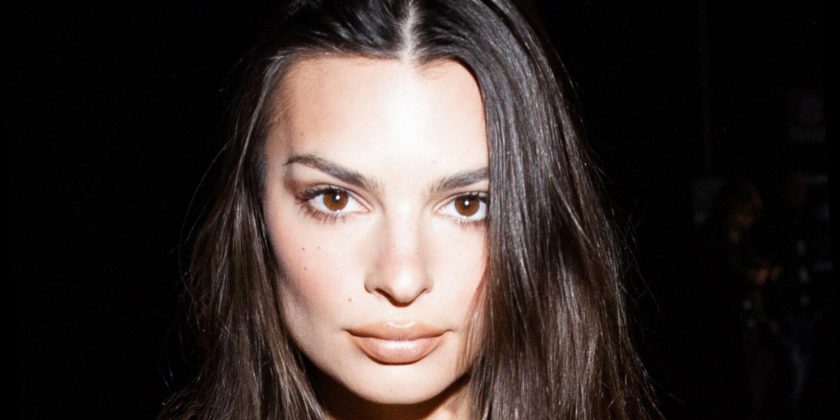 Emily Ratajkowski kept fans updated during her pregnancy with a series of Instagram posts. The gorgeous model routinely flaunted her figure while pregnant, and used the social media platform to give updates. On Oct. 26, 2020, the Gone Girl actor announced her pregnancy by posting a video that was a series of home footage directed by Lena Dunham.

The social media star tagged Vogue in the caption, and she wrote an essay about her pregnancy for the publication. Ratajkowski wrote how she and husband Sebastian Bear-McClard responded when people asked about the unborn child’s gender. “We like to respond that we won’t know the gender until our child is 18 and that they’ll let us know then,” she penned in the revealing essay. “We ultimately have no idea who — rather than what — is growing inside my belly.”

On Feb. 4, 2021, the British-born beauty posted a scintillating bathroom selfie in the nude that flaunted her curves and her growing baby bump. “Sometimes I feel like Winnie the Pooh in human form, other times like a fertility goddess,” Ratajkowski wrote in the caption. Only weeks before giving birth to her first child, the model uploaded two snaps in a black semi-sheer ensemble while holding her hand above belly to accentuate her bump. She added the hashtag “#bouttopop” to the post.

Ratajkowski is not done sharing updates and caught the attention of fans with her raw snaps from the day she gave birth.

Emily Ratajkowski introduced the world to her baby with an intimate Instagram post on March 11, 2021. She uploaded a snap of her breastfeeding the newborn on a couch. “Sylvester Apollo Bear has joined us earth side,” she wrote in the caption. “Sly arrived 3/8/21 on the most surreal, beautiful, and love-filled morning of my life.”

The We Are Your Friends actor gave fans a raw look inside the day she gave birth to baby Sly with a revealing Instagram post on March 17, 2021. She added a photo that was a collage of five pics. Three of them included images from when Ratajkowski was in labor. There was a look across her face as she lay in the hospital bed in one photo, and a comforting hand was placed on her face in another picture, and she had on an oxygen mask in the third photo. The post also included two heartwarming pics of the brunette beauty snuggling with her infant child who wore a tiny cap.

Ratajkowski’s replies were filled with comments from people gushing over the post. Several celebs were among those who left comments including Gal Gadot and Vanessa Hudgens. Fans fawned over the revealing moment shared. “Heaven!!! What they don’t tell you in life, labor and birth is the biggest drug and a high like nothing else,” one follower wrote. “Omg these moments,” another commented while adding two crying emoji. What an exciting time — not just for Ratajkowski, but for her fans and followers, too.