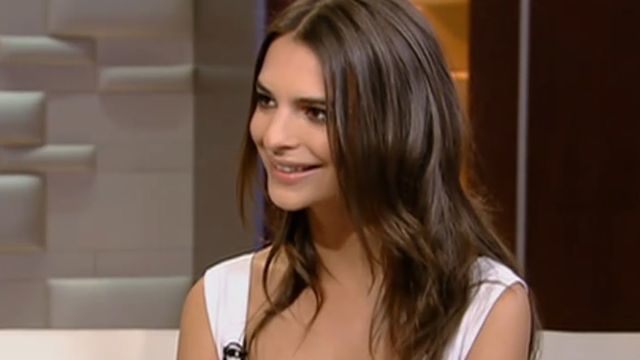 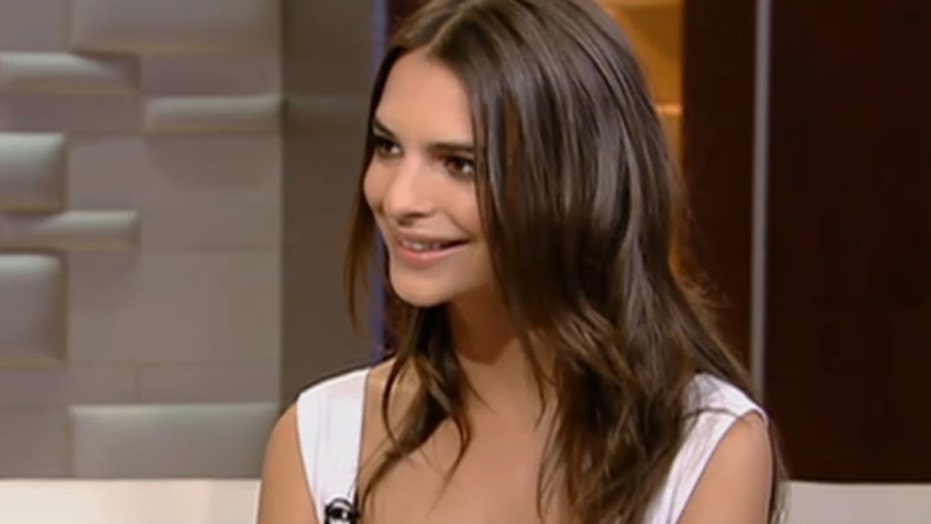 Emily is proving she’s worthy of her “Blurred Lines” fame with a series of sexy snapshots.

The “Blurred Lines” muse left little to the imagination.

Emily Ratajkowski, who isn’t shy about flaunting her famous figure to her 21 million followers, took to Instagram wearing a white bikini paired with a matching high-waisted thong bottom.

The 27-year-old married model and actress stood in front of a three-way mirror which expertly captured all of her angles.

Ratajkowski did not caption the jaw-dropping photo. Instead, she just credited the swimwear brand Inamorata, which she launched in late 2017.

UK’s Independent previously reported the collection, which is inspired by vintage issues of Sports Illustrated, as well as Helmut Newton photographs, is “a medley of reworked ‘70s prints enriched by Instagram-friendly silhouettes."

Ratajkowski, who calls herself a “beach baby,” said it felt natural to create Inamorata.

“I grew up in San Diego and I basically wore a bathing suit every day on the beach,” she told Vogue at the time of the launch. “When I was 16, sometimes I would literally wake up, not put on any clothes, and I’d put on a bathing suit and get coffees and burritos for the day.”

Before Ratajkowski took on the role of designer, she told Allure for their August 2017 issue that she wanted to change the way the world views sexuality onscreen.

“It really bothers me that people are so offended by breasts,” she said at the time. “That’s when I realized how f—– our culture is. When we see breasts, we don’t think of beauty and femininity. We think of vulgar, oversexualized images.”

Ratajkowski, the daughter of a former art teacher and a retired English professor, also revealed she identifies as a feminist and believes every woman should celebrate their bodies.

“To me, any expression that is empowered and is your own as a woman is feminist,” she explained. “If a woman decides to dress sexy, it doesn’t mean she’s not a feminist. [We] should be doing things for ourselves. If that is the woman’s choice, and it makes her feel good, then that’s great. Good for her.”

“I found my sexuality and my identity,” she added. “I found empowerment through that.”

But Ratajkowski credited her thriving modeling career to her ability to observe the world around her and get audiences to really pay attention.

“We don’t really look at things,” said Ratajkowski. “Especially now with the Internet and our phones. To look at something and take it in and really understand… it’s a huge gift.”