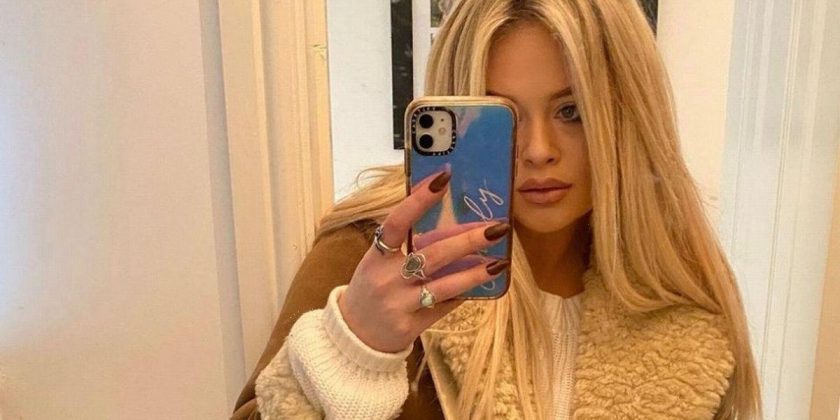 Emily Atack appeared to take a swipe at Jack Grealish, following rumours the pair had met up last year.

Inbetweeners actress Emily, 32, was linked to footballer Jack, 26, following the claims they had formed a friendship.

Emily did not publicly respond to the speculation but Jack denied the claims in an Instagram post.

Earlier this week, Emily shared a poem on Valentine's Day, which appeared to take a swipe at Jack.

It read: "Roses are flowers. Pebbles are stones. Here is a big shout out to those on their own.

"Thank yourself lucky and try not to sob. Look on the bright side you are not with a k**b."

Meanwhile, Jack focussed his Valentine's Day celebrations on his childhood sweetheart Sasha Attwood as he shared a sweet tribute to her.

The footie star posted a series of photos of himself with 25 year old Sasha to celebrate their romance.

Posting to his Instagram Story, in one photo Jack can be seen planting a kiss on Sasha’s cheek.

In another photo, the couple pose at his club Manchester City, with Jack adding the caption “Happy Valentine’s Day”.

It comes as Emily was reported to have "snogged" and "held hands" with Strictly Come Dancing professional Giovanni Pernice at the Brit Awards.

An onlooker, who claimed to have spotted the pair together at The Box nightclub after the Brits ceremony, told The Sun: "Gio and Emily were snogging the faces off each other. Their hands were everywhere and they were absolutely loving it."

The insider went on to describe how the professional dancer had "been following her around the club" and eventually joined the star on Maya Jama's private table.

"Before long he had his arms draped over her on the dance floor where they kissed – and then held hands outside in the smoking area," they shared.

The witness added: "There were also loads of raunchy performers on stage which they watched while cosying up together. It was more than flirty."

But, 31 year old Giovanni appeared to downplay the rumours as he shared a cryptic Instagram story post.

The professional dancer also used lyrics from ABBA's hit single Mamma Mia as a soundtrack, and the Swedish group could be heard singing: "Mamma Mia, here I go again. That's all…"

For all the latest on Emily Atack and many more of your favourite stars, sign up to OK!'s daily newsletter.