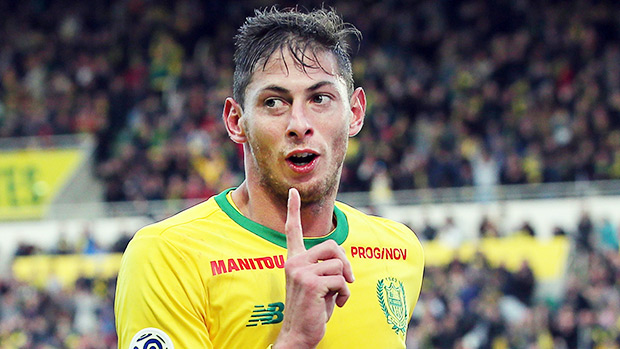 Argentinian soccer star, Emiliano Sala, was one of two people aboard a private plane that went missing en-route to Cardiff on Jan. 21. Here’s more to know about the 28-year-old, who is sadly feared dead.

Emiliano Sala, 28, was on-board an aircraft that went missing while traveling from Nantes to Cardiff on Jan. 21, officials confirmed on Jan. 22. The aircraft, a single turbine Piper Malibu, left Nantes around 7:15 p.m., and requested descent in the middle of its trip. Air traffic control lost contact with the plane and it disappeared from radar around the Channel Islands at about 8:30 p.m. France’s Directorate General for Civil Aviation confirmed that Emiliano was on the list of passengers for the plane. Here’s more to know about Emiliano and this tragedy:

1. He had just been traded to a new soccer club before the plane went missing. Emiliano was part of a huge trade on Jan. 19, when he was traded from the Nantes club in France to Cardiff City. The trade was reportedly for $19.3 million, and Emiliano was traveling from France to his new home when the plane went missing. Before taking off, Emiliano spent one last day with his Nantes team members, and even posted a photo to social media on Jan. 21 with the caption, “the last one, goodbye.”

2. How did he get involved in soccer? Emiliano began playing soccer in Argentina, and at just 15 years old, he moved to Cordoba to play at a school called Proyecto Crecer. He then moved to Europe when he was 20 to sign for the French partner of that club, and initially struggled to get his career to kick off. He eventually signed with Bordeaux, a professional football club in France, and made his senior competitive debut in 2012. He signed his five-year contract with Nantes in July 2015.

3. He’s a high goal scorer. During his time with the Nantes club, Emiliano scored 42 goals. This season alone, he scored 12 goals, and played in 19 games for the club.

4. He was signed for a record fee. Cardiff City paid a club record fee to sign Emiliano, and the team has obviously been left devastated by the news that he is missing. “We are very concerned by the latest news that a light aircraft lost contact over the Channel last night,” the team said in a statement. “We are awaiting confirmation before we can say anything further. We are very concerned for the safety of Emiliano Sala.”

5. A massive search effort has begun for the plane. Officials are currently embarking on a 1,000 square mile search effort to find the plane and its passengers. The rescue mission involves five aircrafts and two lifeboats. Things were briefly suspended on the morning of Jan. 22 due to severe weather, but eventually resumed.