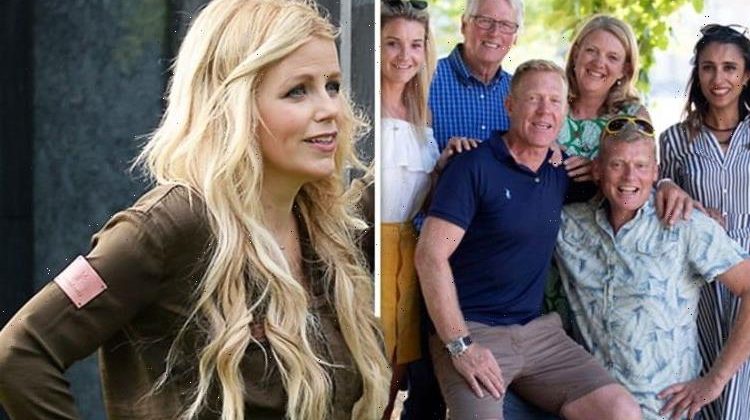 Countryfile presenter Ellie Harrison spoke candidly about the BBC pay row. It comes after the Beeb confirmed that some of its best-paid male presenters had agreed to take salary cuts after a row about equal pay at the broadcaster in 2018.

Ellie, 44, was quizzed about her male co-stars on Countryfile taking a pay cut at the time of the salary row.

The presenter, who joined the BBC show in 2009, works alongside her male counterparts John Craven, Matt Baker, Tom Heap and Adam Henson.

Speaking to Radio Times, the on-screen star was asked if she believed her male colleagues should also take a pay cut after gender pay inequality across the BBC.

Ellie said: “All of these conversations are ongoing.

“I think what all of us want – in fact, what anyone would want in the industry – is greater transparency. We are working on that. On the programme and throughout the BBC.”

It comes after the Beeb had to publish the salaries of the top earners at the corporation.

Last year, Tim Davie, general director at the BBC, said: “In this year’s BBC Pay Gap Report [2020], we are taking our commitment to transparency even further by providing more data than ever before on pay distribution for all the above categories.

“Looking at the data, I’m proud to say that for the third year in a row, the BBC has reduced its gender pay gap down to a new low of 6.2 per cent.

“That is a reduction of a third since 2017 and reflects the considerable focus we have placed on this challenge in the organisation.”

Elsewhere, Countryfile viewers praised a recent instalment of the BBC show after a special episode on Remembrance Sunday (November 14).

Ellie presented her segment of the show from the National Memorial Arboretum in Staffordshire, which honours the British Armed Forces and those lost in conflicts.

She chatted to a widow who had sadly lost her husband after he struggled to cope when he returned from Afghanistan.

The 150-acre site is part of the Royal British Legion, which has supported members and veterans of the British Armed Forces for 100 years.

“I suppose we see the poppies and we think of World War One and Two,” Ellie commented, “but there have been many more conflicts, sadly, since then.”

She explained: “Sadly, since 1948, our armed forces and our allies have been involved with over 50 conflicts around the world.

“The Royal British Legion is the UK’s largest armed forces charity – I think we’ve got over 180,000 active members and over 110,000 volunteers.”

Twitter user, Natalie Drury commented: “#Countryfile Very fitting episode on this day if life had been different it was something I wanted to do Army.” (sic)

Tony Evans penned: “Looks like a decent episode for a change with Ellie and #RemembranceSunday commemorations #Countryfile.”

Countryfile airs tonight on BBC One at 5.25pm