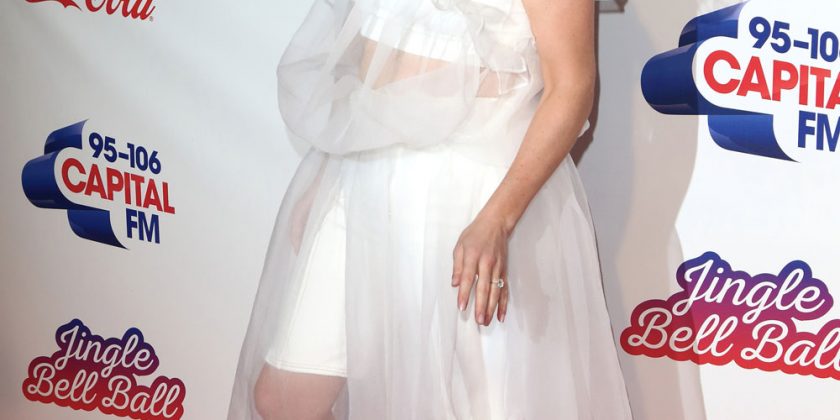 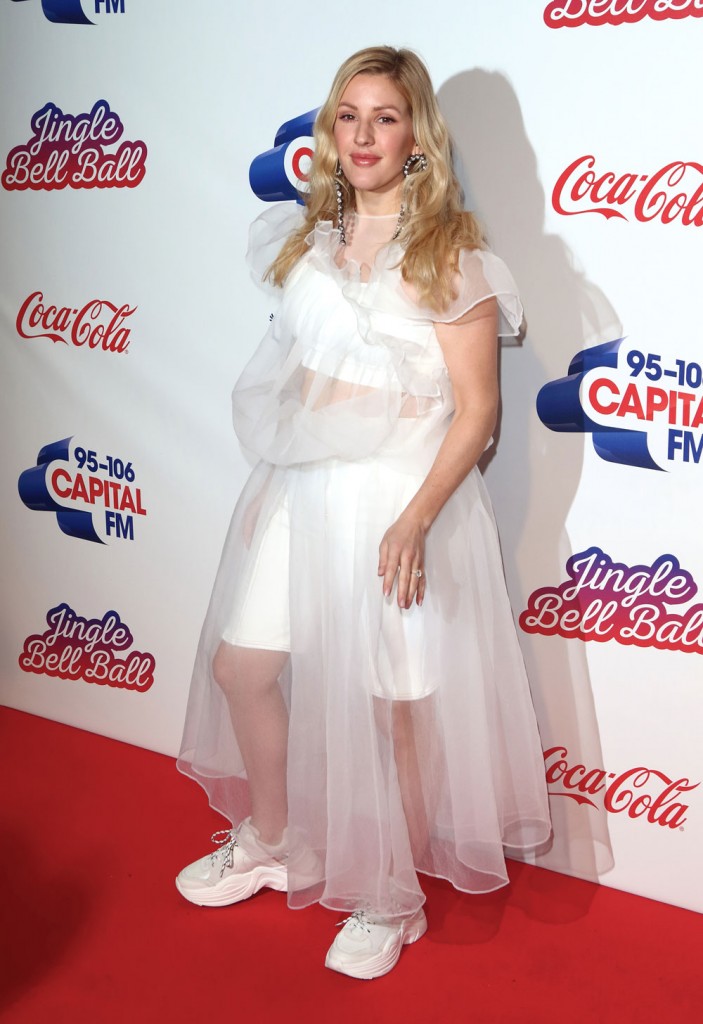 Can you imagine if it was a key part of your job to show up to events looking ridiculous so that people would talk about you? There are several singers who do this regularly, and at least three of them were at the Capital FM Jingle Bell Ball in London over the weekend. (There were some more British stars there who also probably use this tactic, but I didn’t recognize them.) Here’s Ellie Goulding, in what looks like a perfectly acceptable workout or performance outfit (white crop top, white high waist shorts) with a sheer ruffled nightgown over it. Look at her expression it’s like she’s saying “I know how this looks. Whatever, I’m comfortable.” I appreciate her bemused approach. Plus those platform sneakers and giant rhinestone earrings are a nice touch. Ellie is sporting an impressive rock on her hand. I forgot/didn’t care that she’s engaged to an art dealer who works for Sothebys. I wonder what kind of wedding dress she’ll wear and if she’ll go traditional or outrageous.

Speaking of outrageous, here’s Rita Ora, who once used to look as out of place as Ellie but is now kind of owning it. At some recent point Rita transitioned from fug as hell to way overdressed for events. (I should say she vacillates from fug to overdressed because she still dresses fug often.) Rita is wearing Moschino, which I know because this is the very look that Kendall Jenner modeled on the runway this fall. I would wear the hell out of those tights, but I would wear them with a plain outfit and let the tights do the talking. I would love to see Rita out with Andrew Garfield. They’re maybe a thing now. 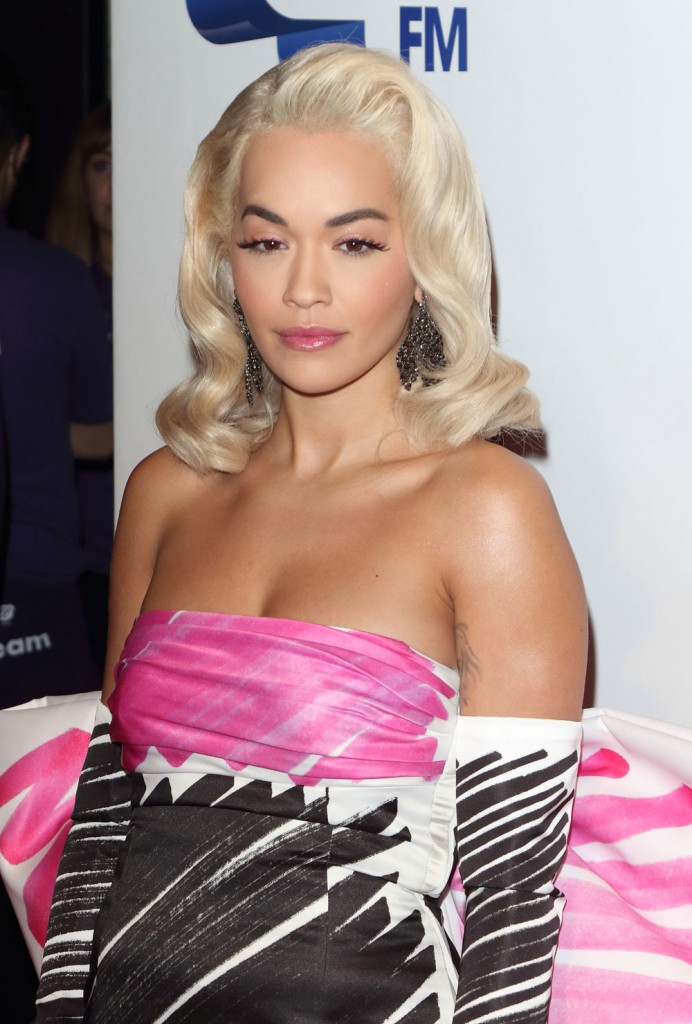 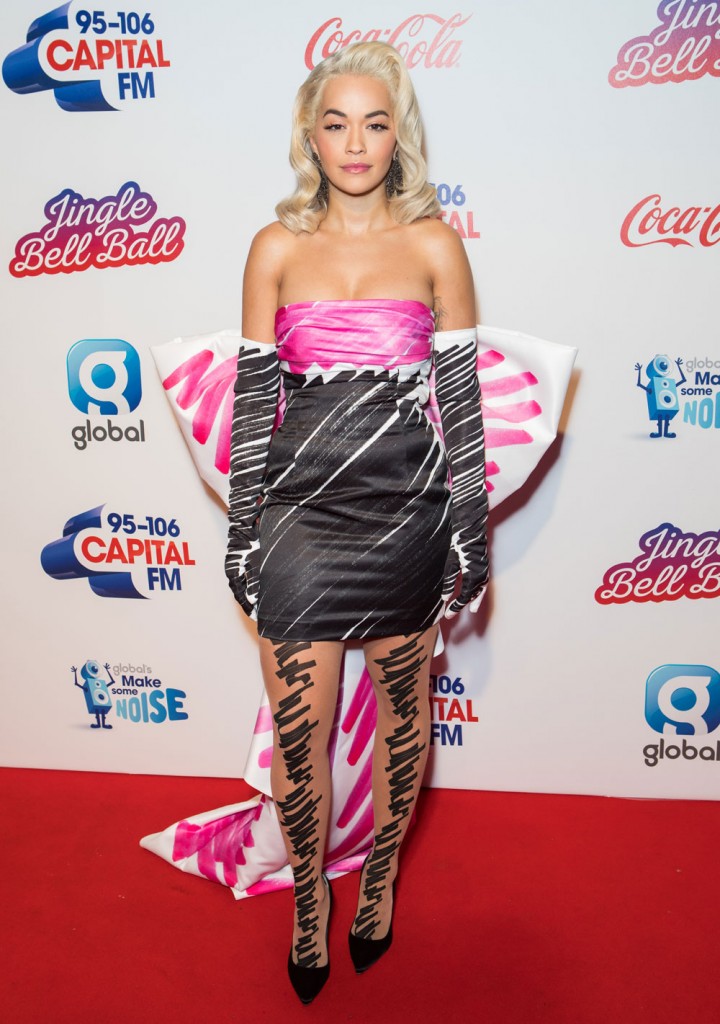 Halsey was there, and in terms of looking bad she usually phones it in, like she’s half-assing the fuggery while Rita is the queen. Halsey wore her best silver Sandy from Grease pants along with an artfully half open half-tucked in shirt with her bra showing. She really needed to button that shirt one button off to complete the look. That star shirt is really cute though, I would wear that. Her hair is so choppy and uneven it looks like one of those first grade haircuts given by an overtired mom but that’s as deliberate as her hanging shirt. Somehow she still looks gorgeous. How does she do that? 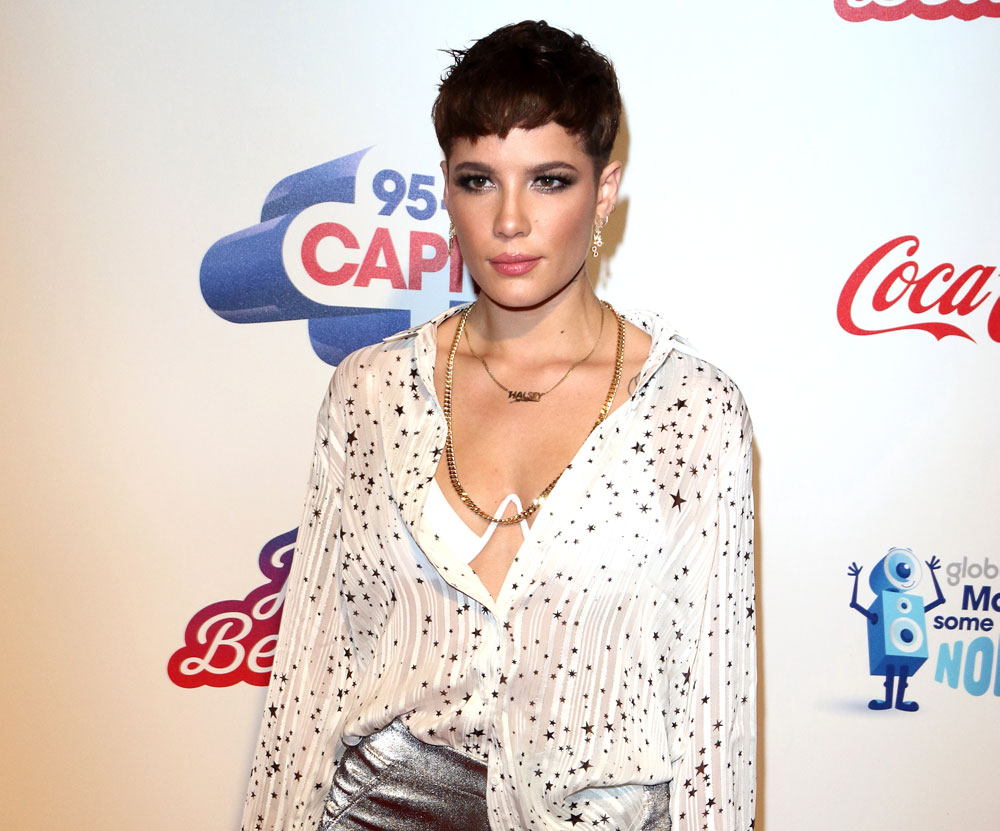 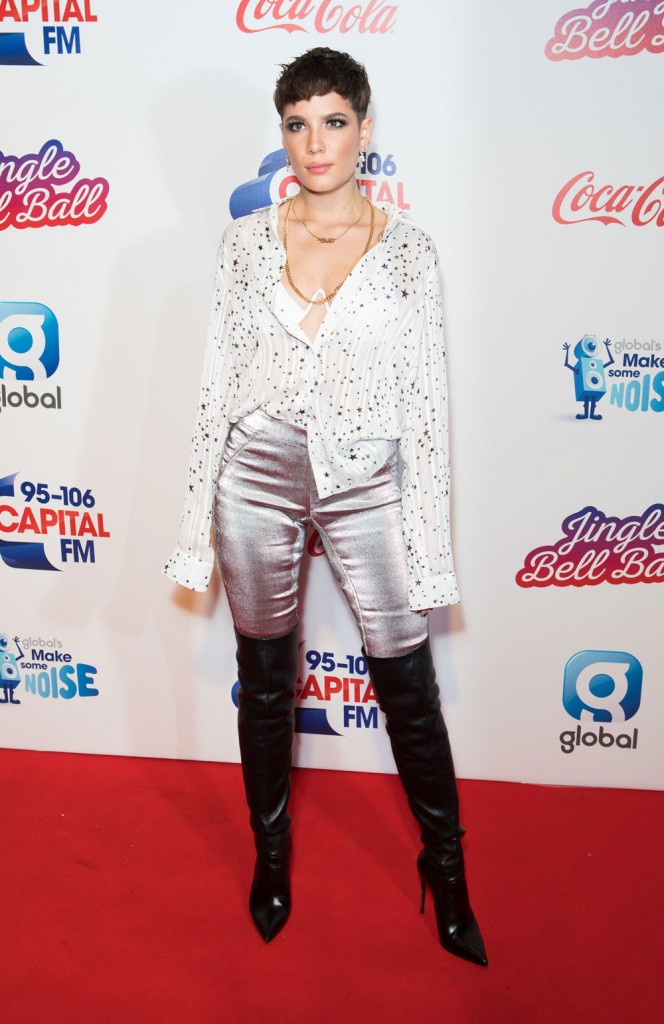