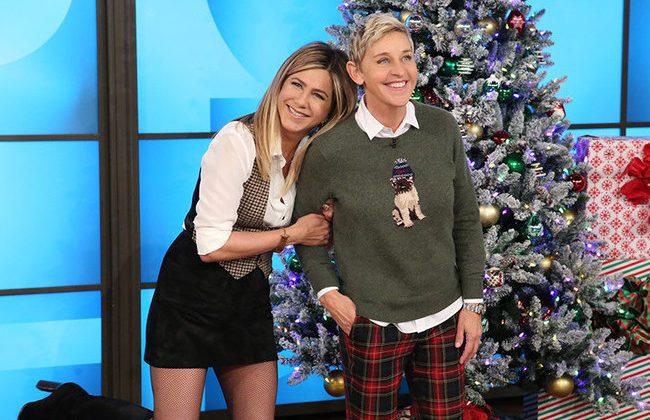 It’s a universal fact that all good things must come to an end, but never did we think The Ellen DeGeneres Show would be one of those things.

The long-running daytime talk show has been an endless source of joy for many, and we’re dreading the day we have to say goodbye. Who will ask celebrities hard-hitting questions in a miraculously non-threatening fashion? Who will provide a platform for three-year-olds with encyclopedic knowledge? We have some ideas, but we’ll get to that later.

In her latest New York Times profile, the comedian hinted she may finally end her 16-year-old talk show some time soon. The show’s contract ends in the summer of 2020, and she’s contemplating not renewing.

DeGeneres said she often discusses the idea with her wife, Portia de Rossi, and her brother, Vance, and that their opinions contribute to her indecision. De Rossi believes the show stifles DeGeneres’s creativity, and that “there are other things she could tackle,” while Vance strongly believes she should stay on to offer a “positive, unifying voice on television” in this media hellscape.

We’ll probably have to cross our fingers and wait for Ellen to make a final decision, but should she decide to pass the Queen of Daytime TV crown to someone else, we have some suggestions. If Chrissy is anything like her Twitter page, we’re in for a heck of a good time. The model and author is touted as the Internet’s BFF, and we have no doubt that her hilarious, carefree online persona would translate well on television. She keeps her finger on the pulse of pop culture and politics, so it’d be interesting to hear whatever she has to say on, well, anything and everything. Is there anyone who doesn’t like Jen? Probably not. And if there is, we bet our bottom dollar they’re no fun. Aniston is always a delight on screen. She’s the type of person who exudes class, confidence, and fun, and she’s ever so relatable. Plus, she’s friends with 90 percent of Hollywood, and we’re curious to see her dynamic with other stars on TV. Oh, and did you hear she’s playing a morning news show host alongside Reese Witherspoon? Turn that into reality, please, TV gods? Ah, the eternally adorable Drew Barrymore. Do we even have to explain this? GIVE THE WOMAN A TALK SHOW! In 2016, there were rumors floating that she might host her own series, and get this: It’s been reported that it would be under Ellen DeGeneres’s production company. Should Ellen retire from daytime TV come 2020, we wouldn’t be surprised if she passed the baton to Drew. The Drew Barrymore Show has a nice ring to it, don’t you think? Two words: Gina Linetti. Peretti is the embodiment of her Brooklyn Nine-Nine character, and since she’s announced she will no longer be a part of the show’s regular cast (booooo!), a hosting stint might be possible for the comedian. Just imagine Chelsea spilling #tea on celebrities and cracking jokes left and right! That’s the dream! Rudolph is no stranger to live television. She was once a cast member on Saturday Night Live, and has co-hosted her own variety show called Maya & Marty. Coincidentally, she also starred as a talk show host on the short-lived sitcom, Up All Night, so you could say she’s had a TON of practice. Did you see how hilarious she was at the Oscars? Let Maya host all the things!

Who should be the new queen of daytime TV? Comment below!