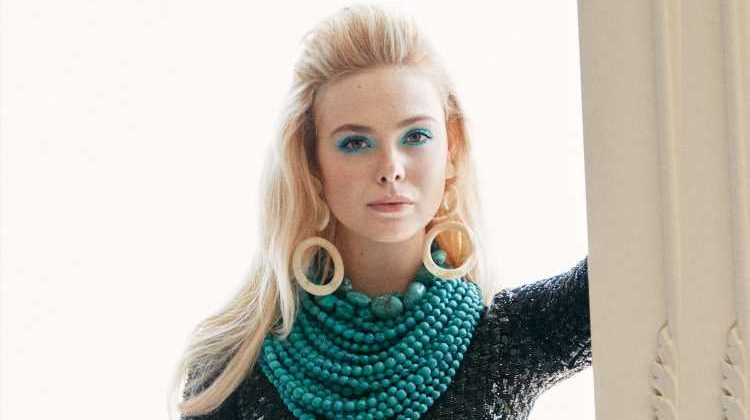 Elle Fanning strikes a stunning pose in her new cover shoot for Tatler‘s November issue, available via digital download and newsstands on October 3!

Here’s what the Neon Demon star had to say to the outlet:

On her and her sister Dakota Fanning acting: “Well, I saw my sister doing it and I was a huge ham growing up. We would constantly put on these scenes around the house. It wasn’t for anyone, only for ourselves. We would do lines, characters, it was very funny. It just felt right at home for us… We weren’t supposed to do this at all. My mom played tennis, my dad played baseball, my mom’s dad was a quarterback in the NFL. We were supposed to play tennis or something.”

On an industry beset with the pressure to appear perfect and how she surrounds herself with a sisterhood: “There is a stigma placed on women in any workplace. But especially in Hollywood. You must be super competitive and super jealous. And it’s something that people want to project, but it’s actually not the case.”

On what Princess Aurora represents [in Maleficent: Mistress of Evil] and the message she wants to tell women: “Aurora represents the youth of the generation who is accepting to all, no matter what, and she does it in her own soft way. I think it’s a nice message to tell women, it’s okay to be comfortable in your femininity. Kindness is not weakness – it’s quite the opposite.”

For more from Elle Fanning, visit Tatler.com, and see the full feature in the November issue of Tatler.