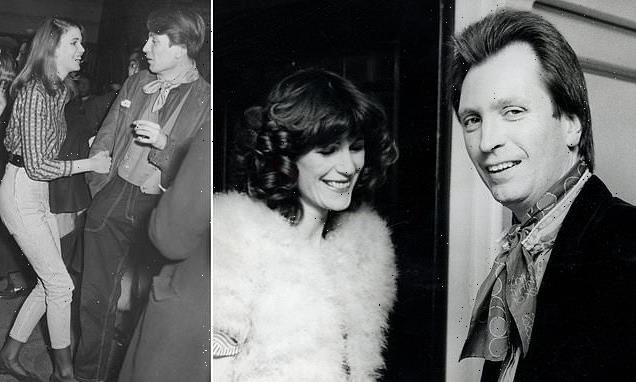 EDEN CONFIDENTIAL: How Lord Lucan’s chum Mark Sykes made peace with his family before his sudden death

He was the last of the Chelsea Set of outrageous toffs who scandalised late 1950s London with their gambling and hard-partying.

But perhaps the most surprising revelation about Mark Sykes, who has died suddenly aged 84, is that he was reconciled with his family. ‘I actually spoke to him on the day he died,’ his eldest son, Tom, tells me. ‘A great consolation.’

Sykes is said to have died in the street behind Westminster Abbey while on his way to a lunch.

A gambling pal of Lord Lucan, the aristocratic charmer was extradited to Australia, convicted of blackmail at the Old Bailey and cold-shouldered by all six of his children, including his second daughter, best-selling author ‘Plum’ Sykes.

His reconciliation with them seemed inconceivable for decades following Sykes’s desertion of his second wife, former model Valerie Goad, whom he left near-destitute and caring for Tom and his siblings.

So deep were the wounds that when Plum held the London launch party for her hit debut novel, Bergdorf Blondes, at Annabel’s nightclub in Mayfair, she pointedly did not invite her father. 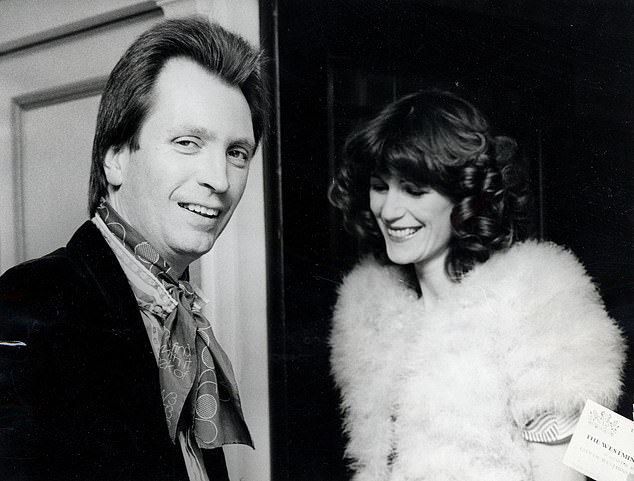 Mark Sykes (pictured with his second wife Valerie Goad, a dress designer at a ball at the Dorchester Hotel), who has died suddenly aged 84, was the last of the Chelsea Set of outrageous toffs who scandalised late 1950s London with their gambling and hard-partying

Indeed, by then it was accepted that Plum — who’d been lured to New York to work on American Vogue by its editor, the formidable Anna Wintour — had ‘airbrushed him out of her personal history’.

Relationships with the wider family were scarcely better — including those with his cousin, dandy baronet Sir Tatton Sykes, who inherited the family seat, the magnificent Sledmere House in Yorkshire.

Good looking, engaging and ‘no fool’, as one acquaintance puts it, Oxford-educated Sykes was engaged to Viscount Portman’s niece, Suna Portman, and was briefly wed to Australian model Helen Homewood, who posed for celebrated photo-grapher Helmut Newton.

After his divorce from Goad, he married Alexandra ‘Sandy’ Sotomayor, a spirited Ecuadorian who died two years ago from Covid.

Sykes, who was banned from driving and acquitted of causing grievous bodily harm to a London cab driver, got away with an insurance fraud in 1960 involving a Rubens, a Renoir and other significant artworks.

His co-conspirators were Peter Scaramanga, an Old Harrovian, and Eton-educated pornographer and novelist Robin Cook, who confessed decades later: ‘It was a scam.’ The paintings were never recovered.

His funeral was held in the Catholic Church in Farm Street, Mayfair. ‘It was a beautiful service,’ Tom tells me.

TV presenter Anthea Turner is taking unusual steps to keep in shape ahead of her wedding to socialite Mark Armstrong in Italy. ‘I wear weights around the house,’ the former Blue Peter star, 62, tells me at the Chelsea Flower Show. ‘I’ve 2kg weights around my ankles and a 5kg vest to make myself work harder.’

It has a vintage Soviet Union flag in its student bar, but King’s College, Cambridge, which rejoices in its Lefty reputation, doesn’t stint on its cellar, which contains 50,000 bottles — a few cases of which are going under the hammer at Christie’s.

The upper estimate for the sale is a distinctly capitalist £1.2 million, which may ease the pain felt by King’s Wine Steward, Peter de Bolla. ‘One is always sad to see great wines leave the cellar,’ reflects de Bolla, who is also Professor of Cultural History and Aesthetics.

If you fancy a dozen bottles of the Henri Jayer for Georges Jayer, Echézeaux 1999, be prepared to fork out £80,000. Up the workers!

She’s probably our most celebrated actress, with an Oscar and a damehood to her name, but Judi Dench is already overshadowed by her grandson, Sam, according to her partner, David Mills. Sam, 24, has become a hit on teenagers’ favourite video-sharing app TikTok after posting videos of himself, often with his distinguished granny, 87. And he attracted interest because of his likeness to pop superstar Ed Sheeran. ‘Sammy came with us to LA for the Oscars and people wanted to talk to him rather than Judi, because they think he is the TikTok king,’ conservationist Mills, 78, tells me at the Chelsea Flower Show. ‘It’s amazing.’

She once presented an ITV makeover show, Joan Does Glamour, in which she tried to make dowdy women look chic.

But Dame Joan Collins suffered an embarrassing sartorial crisis of her own at a party at Langan’s Brasserie in Mayfair. 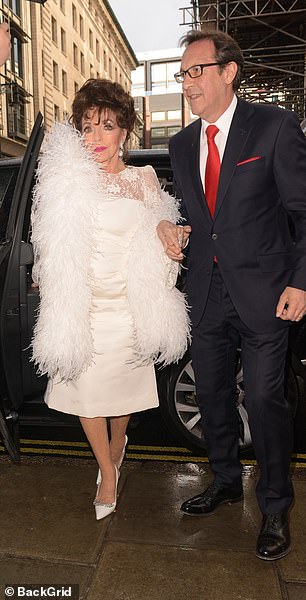 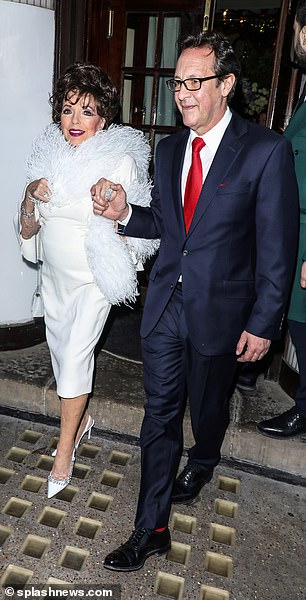 Luckily, husband Percy Gibson, 57, offered to return to Belgravia. ‘Hubby to the rescue,’ she says, explaining he ‘dashed home and found another white dress’.

‘I went to a pub for a pint with my mates,’ says Bailey, 34, who plays Anthony Bridgerton. ‘When I got up to get another round, I felt “I’m chafing a bit”. And realised I still had on my modesty thong. Because I was so traumatised and I ran so quickly from the set, I hadn’t even taken off my little pouch.’

Bailey shudders at the memory of the bathtub scene he shared with love interest Kate Sharma [Simone Ashley] that went viral. ‘There was a camera in the water between my legs,’ he wails. 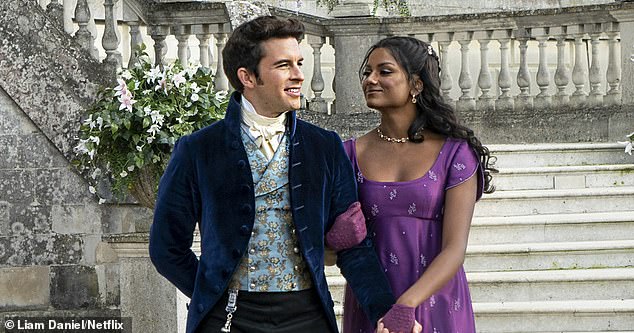 Bridgerton heart-throb Jonathan Bailey (left) can’t help taking his work home with him — even after shooting the Netflix costume drama’s steamy sex scenes. Bailey shudders at the memory of the bathtub scene he shared with love interest Kate Sharma [Simone Ashley, pictured] that went viral. ‘There was a camera in the water between my legs,’ he wails