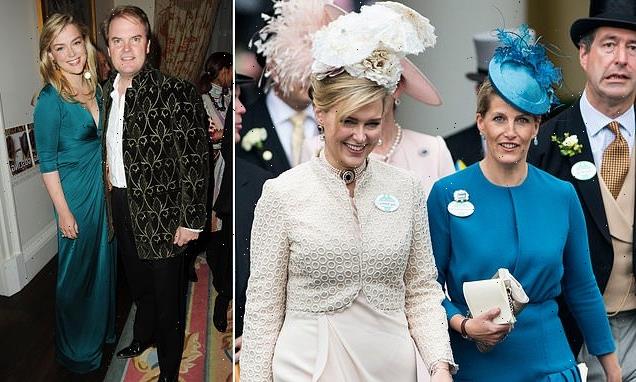 Few women can match the poise and flair of vivacious Caroline Dalmeny who, in addition to remaining on good terms with her former husband, Sotheby’s chairman Lord Dalmeny, has forged a friendship with his new wife, Harriet Clapham, and is as at ease with high-flying politicians as she is with the Royal Family.

But a brutal snub to her new love — former Gurkha officer Jules Irens — has caused her to post a blistering alert on social media.

‘Good morning everyone,’ writes Caroline, 53, before outlining what’s befallen Irens, 54, whom she playfully calls ‘the Frog’ in tribute to his late, French-speaking mother.

‘A person who I thought was a very good and long-standing friend told me in writing this morning that the Frog couldn’t be invited to a party,’ Caroline records, explaining that she was told that the party would be ‘crowded’ and that ‘priority was being given to married couples’. 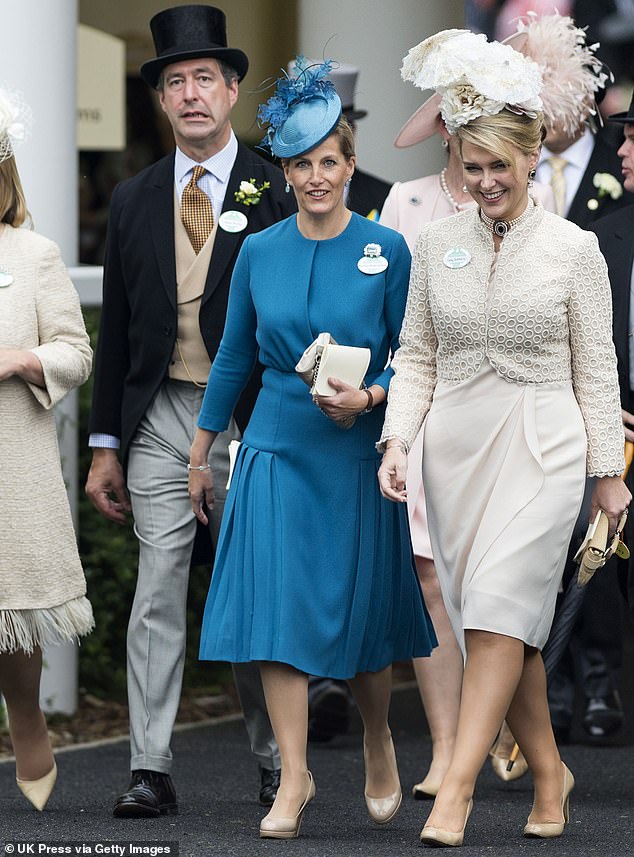 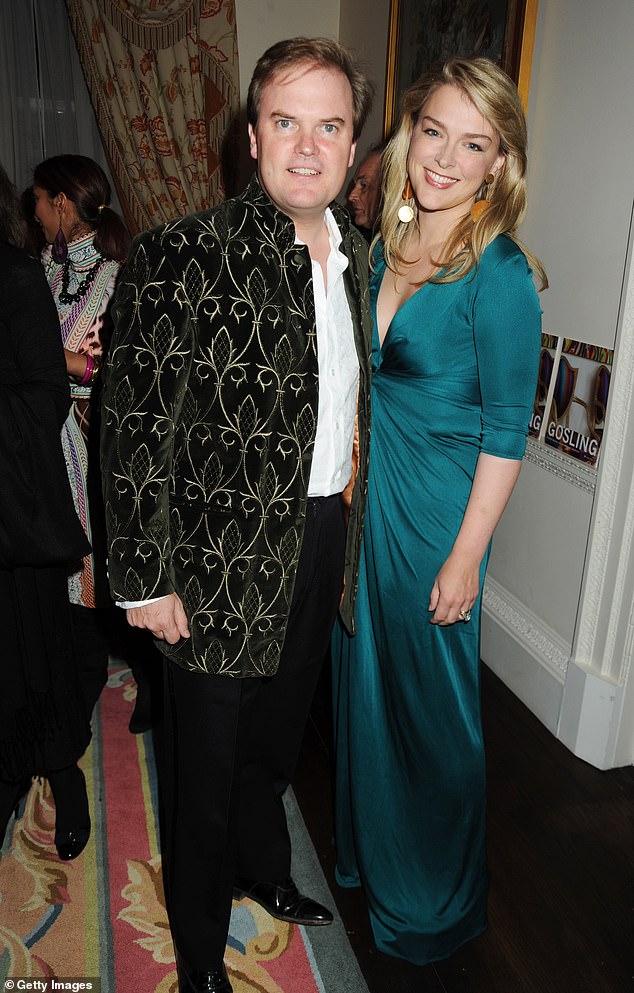 In addition to remaining on good terms with her former husband, Sotheby’s chairman Lord Dalmeny, she has forged a friendship with his new wife, Harriet Clapham

Her hosts’ assurance — ‘they would still love to see me’ — cuts no ice. ‘I’m so upset and angry I’m on the verge of naming and shaming the guilty,’ she adds.

But she resists doing so, assuring me: ‘I’ve said all I’m going to say.’

That is perhaps for the best, given that her post concludes: ‘They are dead to me . . .’

Nicola Horlick, whose eldest daughter died from leukaemia at the age of 12, has suffered new heartache.

Yesterday, her husband, Martin Baker, lost the battle against cancer that he had been secretly fighting for four years. ‘He died this morning,’ she tells me. ‘He did really well to live so long.’

Horlick, 61, who was dubbed ‘Superwoman’ for juggling her high-flying career as a City fund manager with bringing up six children, says of Baker: ‘He was a fighter, and I am heartbroken.’

He became Horlick’s second husband in 2006. They had met when he interviewed her for the Sunday Telegraph the previous year. 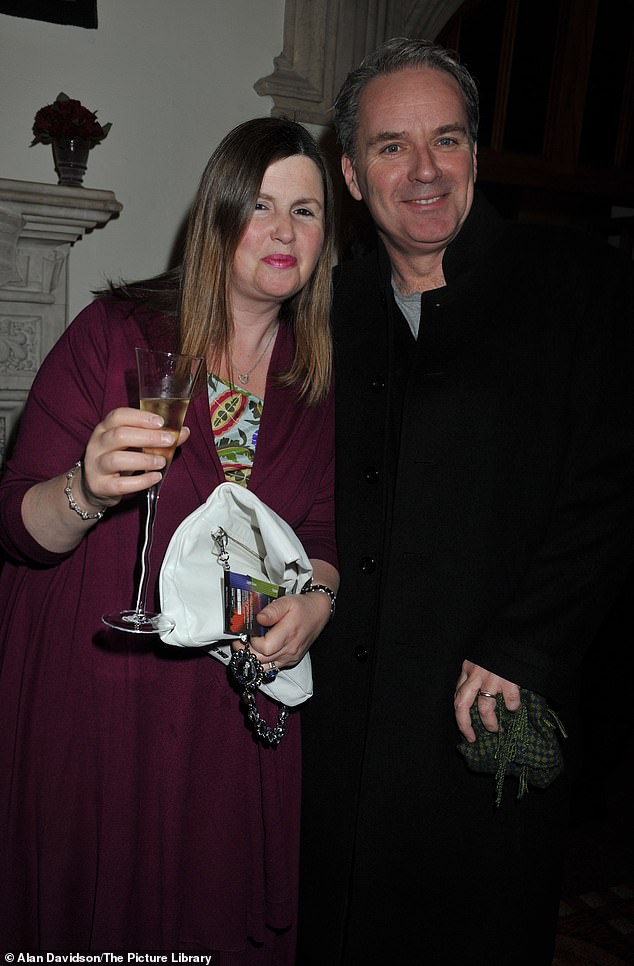 Nicola Horlick, whose eldest daughter died from leukaemia at the age of 12, has suffered new heartache

When Baker wrote a thriller novel set in the world of high finance, Meltdown, she acted as technical editor.

Her six children were with her first husband, fellow investment banker Tim Horlick, whom she divorced in 2005 after a 21-year marriage.

Their daughter Georgina battled leukaemia for ten years until 1998. Her death is said to have been the catalyst that ended Nicola’s marriage — her husband had an affair with a receptionist.

She doesn’t blame him, however, saying that grief manifests itself in many different ways.

Talking about meeting Baker, the authorised biographer of West Ham manager David Moyes, she says: ‘Martin came along to interview me for his newspaper and I thought, “Oh, he is quite nice.” We were talking about Georgina and he started crying, because he is very emotional.

‘He said he had three children himself, and that he just couldn’t contemplate the death of one of them. So I ended up comforting him.’

With the contestants on Strictly, Anton Du Beke is friendly and constructive in his comments. With his wife, Hannah, the judge is more withering.

Asked whether the businesswoman shares his smart dress sense, he replies: ‘Yes, to a degree. She’s less, sort of, you know . . . Hannah’s a bit more “from the country” than I am, so she has a bit more of the . . . what’s the expression? Functional. Oh, that sounds like Agent Provocateur meets Millets.’ Charming.

Lyricist Sir Tim Rice handed £150 to a theatre-goer who complained about swearing in his West End musical From Here To Eternity.

‘She said, “I came all this way and I don’t want to hear someone effing and blinding all night,” ’ recalls the Oscar-winner, 77.

‘So I said, “I feel really bad about this. Don’t tell your friends, but here’s your money back.” ’

The Duchess of Sussex can expect more barbs from her elder half-sister, Samantha Markle, who’s been allowed back on Twitter after Elon Musk took over the social network.

Samantha claims she was ‘unjustly targeted and shut down by bots and trolls falsely reporting my account’. 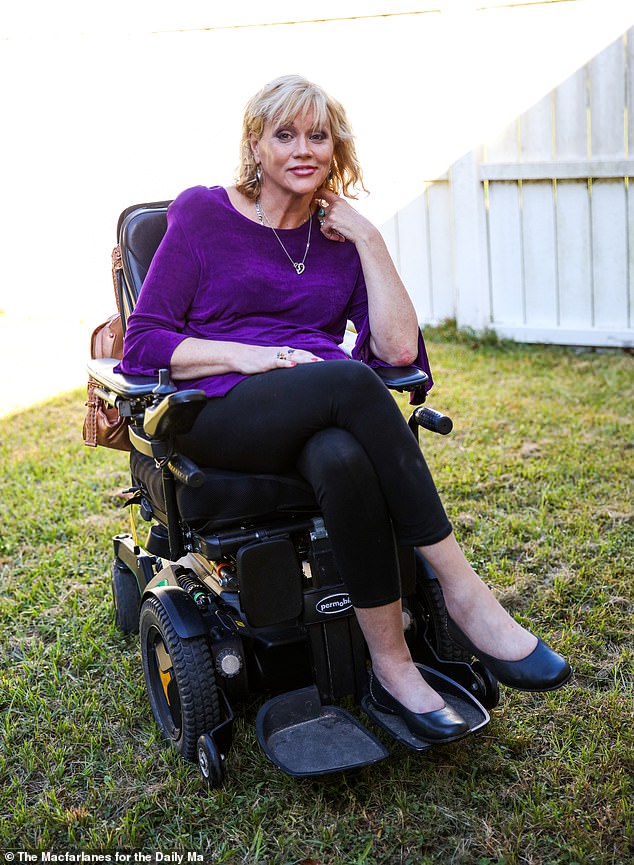 The Duchess of Sussex can expect more barbs from her elder half-sister, Samantha Markle, who’s been allowed back on Twitter after Elon Musk took over the social network

Speaking to the Steeple Times website, she enthuses: ‘I believe that this will be a historically positive change for our social and economic world.’

She also sings the praises of the Tesla billionaire: ‘I’m glad that Elon Musk is going to save free speech . . . We can all have our opinions, and disagree.

‘Elon Musk wants to make it fair for both the Right and the Left equally. Differing opinions and controversy make people think and grow.’ Let’s hope Meghan agrees.

Perry, 38, wore a Lego costume for a Christmas advertising campaign, prompting Bloom, 45, to gush: ‘You and Lego. Wow. My two favourite things to play with.’

The Lord Of The Rings star revealed his love of the pastime last year. ‘During Covid, I started building Lego again,’ Bloom explained.

‘I dip in and out while I work. I build mostly cars and find this methodical nature of creating this little thing makes me feel like I’m achieving something else.’ 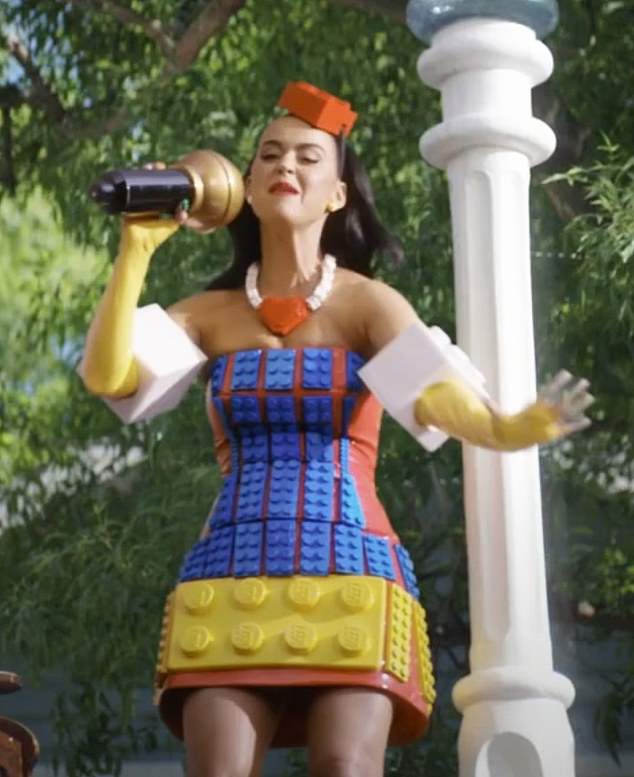 Perry, 38, wore a Lego costume for a Christmas advertising campaign, prompting Bloom, 45, to gush: ‘You and Lego. Wow. My two favourite things to play with’

Society jeweller Theo Fennell, whose quirky creations have been worn by everyone from Victoria Beckham to Sir Elton John, is worried about the future of his trade.

‘It’s appalling what’s happening,’ he says at the Petworth Literary Festival in West Sussex, referring to the lack of British apprentices. ‘So many want to be on their own now.’

While teaching recently at the Royal College of Art, 29 of his 31 pupils were Chinese.

He adds of the new breed of designer: ‘There are a lot of people called Lavinia who make jewellery out of feathers and bits of stone they found in Ibiza, so it’s a bit difficult.’

Oscar-winner Danny Boyle chose a talk at the British Film Institute to offer some rather unwelcome judgments.

‘It’s a terrible thing to say at the home of British film but I am not sure we are great film-makers, to be absolutely honest,’ the Slumdog Millionaire director says. ‘

As a nation, our two artforms are theatre, in a middle-class sense, and pop music, because we are extraordinary at it.’