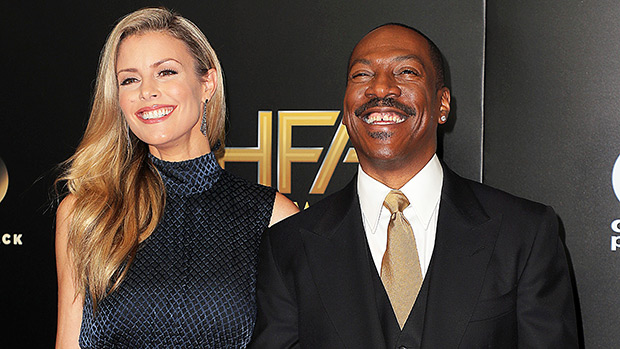 Another one! Eddie and his fiancee are now the proud parents of another little one. We’ve got all the details on the couple’s exciting news!

It’s official — Eddie Murphy, 57, can now call himself a double-digit dad! The actor’s fiancee Paige Butcher, 39, gave birth to his tenth child on Nov. 30, according to a statement obtained by Us Weekly. Their son, Max Charles Murphy, was born at six pounds, eleven ounces and was nineteen inches long. The couple, who have been together since 2012, already share one kid. Their daughter, Izzy Oona, 2, is super cute and finally a big sister! She’s been a little sis to so many, so we bet this birth is extra exciting for her. The toddler has eight half-siblings already — Bria, 28, Miles, 25, Shayne, 23, Zola,18, and Bella, 16, from Eddie’s ex-wife Nicole Mitchell, Angel, 11, from Mel B, Eric, 29, from Paulette McNealy, and Christian, 27, from Tamara Johnson-George. And with the birth of this little one, the big Murphy fam just got a little bit bigger. Yay!

It’s safe to say it’s been quite the year for Eddie and Paige with one exciting announcement after another. Besides revealing that they were expecting in August when the Australian model was seen out and about with a baby bump, the longtime couple also confirmed that they were engaged one month later! Paige was spotted grabbing a drink at Starbucks with a huge rock on that finger, and it was enormous enough to distract from her budding belly. And considering she’s been showing her bump off in skintight dresses, that’s really saying something!

With a wedding on the way for Eddie and Paige, plus the birth of their second baby, their relationship is moving right along — and taking huge strides. So here’s to Eddie and Paige and their newborn! We’re so excited for these two. Although, TBH, we really wish they’d be active on social media so we could follow along with each and every milestone!

Hollywoodlife.com has reached out to Eddie Murphy’s rep for comment.